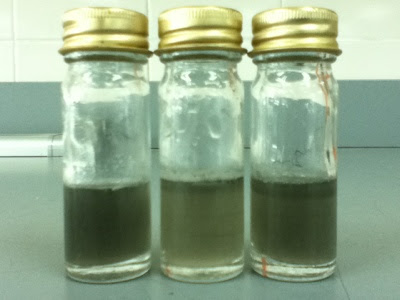 UCSC physics professor Peter Scott has a story about why it’s so hard to make growth related decisions in a timely way.
“Think of yourselves,” he says, as “bacteria in a bottle.” If the bacteria double in population every minute, and if, given its size, the bottle will be completely filled in one hour, and if growth begins at 11:00 o’clock at night, then when will the bottle be half full? Did you guess 11:30? That’s not right. The bottle will be half full at 11:59, one minute before midnight. One minute later, it will be completely full.
So if you were one of the bacteria in the bottle, you might not recognize the need to take action. At around 11:58, two minutes till midnight, there would still be 75% open space in your bottle. Our doubling time is measured in years, not minutes, but the story is pertinent. It’s not too early, as Professor Scott tells his students, to start taking action to avoid the adverse impacts that exponential growth can cause - whether that growth is in terms of population numbers, or the release of greenhouse gases to the atmosphere.
To Subscribe Just Click This Link