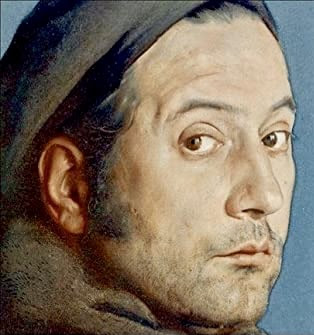 Charles Gould's supposed distance from his country's politics is not just disingenuous—it's dangerous. Trying to erase your political influence is one of the most evil, shady things you can do.

The quotation above, forwarded to me by a friend, relates to Joseph Conrad's wonderful novel, Nostromo. That novel, according to Goodreads (which definitely wants to sell you a copy of the book), is "a gripping tale of capitalist exploitation and rebellion, set amid the mist-shrouded mountains of a fictional South American republic. [Conrad] employs flashbacks and glimpses of the future to depict the lure of silver and its effects on men. Conrad's deeply moral consciousness and masterful narrative technique are at their best in this, one of his finest works."
That Goodreads review definitely makes me want to reread the book! I don't have to buy it, because a marked up edition is already on my shelves. I needed a little help from Wikipedia, though, to recollect what that "gripping tale" was all about, and what part Charles Gould plays in the story.
Back to that quote, though. It doesn't come from the book. It comes from the "Shmoop" website. Never heard of it? Well, neither had I!
The word "Shmoop," apparently, is a Yiddish term that means "to move something forward a bit.” The website, which claims to be used by over 100,000,000 students and teachers, is aimed at moving our knowledge ahead, just a little bit, and for those seeking a "homework help and study guide," you have a friend in Shmoop!
But what about Schmoop's claim that trying to hide one's political influence is "one of the most evil, shady things you can do?"
Well, think about the laws enacted at the local, state, and federal level that try to make sure that voters know who is paying for all those campaign messages we get at election time. We are all bombarded with incredibly costly and repetitive advertisements, arriving by email, by text, and on television, radio, and as postings to our social media accounts. And let's not forget all those political advertisements we get in our old fashioned postal mail! The whole purpose of our campaign disclosure laws is to try to prevent "evil and shady" influences that are now, as in Nostromo's time, the handmaiden of "capitalist exploitation."
Unfortunately, though, that capitalist exploitation is still going on, hidden by committees with high-sounding names, but dedicated to the continued advance of the rich and powerful, at the expense of all the rest of us. The Supreme Court says that all that money spent to influence our politics is just "free speech." It's an evil and shady world in which our politics is practiced!
That quote from Shmoop, about a novel first published over 100 years ago, is right on target. Click right here to see what the Brennan Center has to say about what Joseph Conrad wrote about way back then!
To Subscribe Just Click This Link
Image Credit:
https://www.abebooks.com/Nostromo-Conrad-Joseph-Oxford-University-Press/31000940933/bd