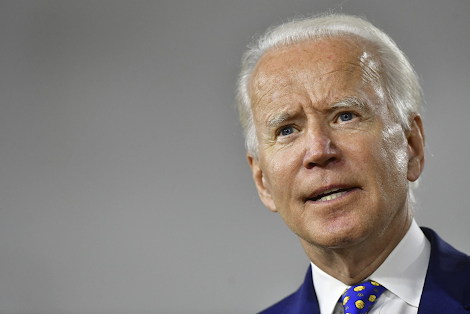 Joe Biden, pictured, is the President of the United States. The political right, understandably, doesn't much like Joe. Less understandably, at least to me, is the fact that lots of Democrats, and those on the "Left," don't really feel very positive about Joe, either.
Joe, of course, is "old." That could well be part of it. The picture above, in fact, came from an article titled, "Joe Biden: An Old Man Trying to Lead a Young Country." "Old" always finds difficulty in whipping up enthusiasm among the "Young."
Since I am only slightly less "old" than Biden, the "he's an old man" justification for not liking our current president doesn't carry much weight with me. While Biden can be a "bumbler," particularly verbally, I feel about Joe what the voters in Pennsylvania must have felt about John Fetterman, when they voted to elect Fetterman to the United States Senate. Verbal facility is not the only thing that's important. Character, for instance, counts for a lot.
An article in the November 12, 2022, edition of The New York Times, "Biden and Xi Share Long Relationship Infused With Rising Suspicion," told a little story about Joe Biden that I found not only endearing, but profoundly moving. Just as I loved what Arthur Miller had to say about our human obligation to try to change the world, I liked what Joe Biden told China's President, Xi Jinping:

“I was with Xi Jinping in the Tibetan plateau,” Mr. Biden recalled at a fund-raiser in October, reciting a story he has shared at least 13 times this year, according to an analysis of his speeches. “And he turned to me and he said, ‘Can you define America for me?’ This is the God’s truth. He’s repeated it. I said, ‘Yes, one word: possibilities.’”

Anyone who has read my blog postings, on any kind of a consistent basis, will likely remember that "possibility" is my lodestar.
Together, we create the human world in which we most immediately live, and within that world - that world of our own creation - anything is possible! We can (and have, throughout human history) made both our dreams and our nightmares come true.
It is nice to think (as Joe Biden really suggested) that an understanding of "possibility" is a particularly "American" gift to the world. In fact, though, in so many ways, "possibility" is the world's gift to us.
To all of us. To Americans. To Chinese. To everyone.
I have to say, the fact that Joe Biden recognizes this - and is promoting this understanding of our human situation on the other side of the world - is one of the reasons that I like Joe!
To Subscribe Just Click This Link
Image Credit:
https://www.politico.com/news/magazine/2020/08/20/joe-biden-altitude-398928