#225 / A Rather Dramatic Statement About Taxes 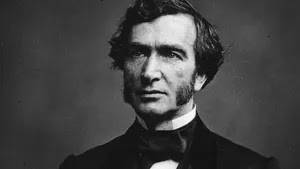 That is Justin S. Morrill, pictured above. Morrill was an American politician who was born in Vermont, in 1810. He died in 1898, in Washington, D.C. Britannica tells us that Smith established a record for longevity in our federal government by serving forty-three years in both houses of the Congress. His name is particularly associated with "the first high protective tariff and with federal support of land-grant colleges."
Heather Cox Richardson, an American historian who teaches at Boston University, tells us something else about Morrill. In her August 5, 2022, "Letter from an American," Richardson outlines the Civil War origins of the progressive income tax, and names Morrill as someone who argued strongly that the weight of taxes should "distribute equally." That means, Morrill said, that taxes should be imposed "not upon each man in equal amount, but a tax proportionate to his ability to pay.”
In general, I think there is little dispute, today, about the essential fairness of our progressive income tax. Listen, though, to what Richardson has to say about how Morrill generally characterized taxation:

Morrill thought it was important for the federal government to collect the tax directly to illustrate that people were supporting the United States of America, not individual states, as they might think if states collected the taxes. The federal government had a right to “demand” 99% of a man’s property for an urgent necessity, he said. When the nation required it, “the property of the people… belongs to the Government” (emphasis added).

What Morrill said about what "belongs to the Government" would seem extreme, I wager, to almost everyone who might consider this matter today. However, if we are, truly, "in this life together," and if we face extreme danger, in our collective existence, then what Morrill has to say about taxes does make a lot more sense, doesn't it?
Are we in this together? Or, are we just a collection of individual persons whose connection is not in any way "essential," but is more or less incidental?
Let's just assume, for the sake of discussion, that there is a profound truth in the thought that we are each tied to each other, necessarily and essentially, and that there is some fundamental "reality" in the idea that we are "one nation, under God," as the Pledge of Allegiance says.
If that is true, and if we face a collective emergency, Morrill's observation suggests that we should be able to call upon the resources of the nation (however held by individuals) so as to marshal the resources necessary to address the danger, and to conquer it.
I am willing to go with Morrill. Are you?
There are a few compelling national dangers I can think of that require us, collectively, to deploy the resources available to us, collectively, and to "tax" the individuals who have the resources needed to make it possible for all of us, together, to face and surmount the dangers that imperil every one of us.
Two Examples 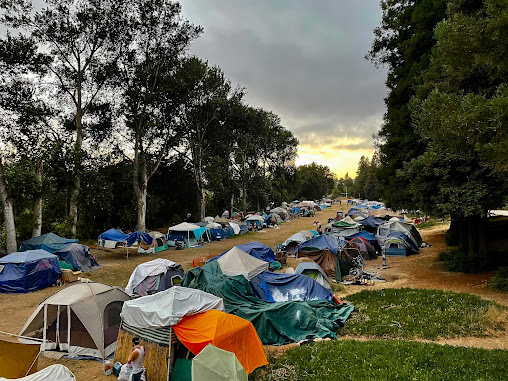 GLOBAL WARMING AND ALL ITS IMPACTS 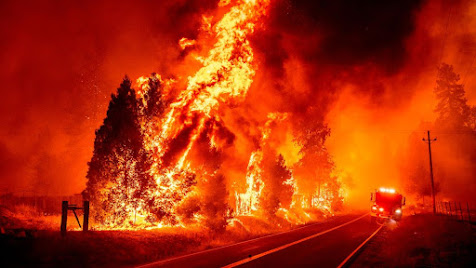 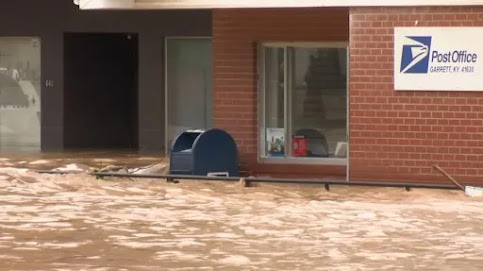 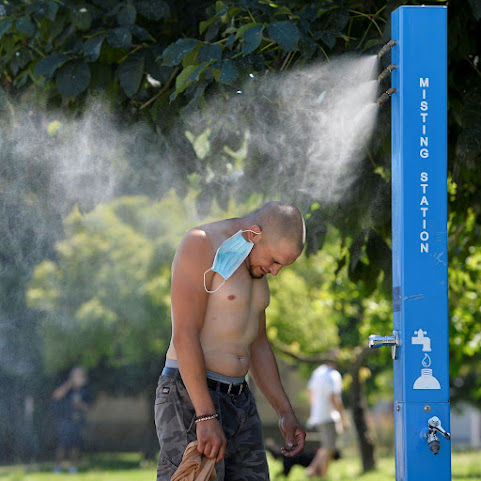 It is time to get the nation behind the Morrill program!
By the way, Jeff, and Elon, and all you other billionaires, I don't think we will actually need 99% of your assets to deal with the challenges we absolutely must confront and overcome.
We do need, though, quite a bit more than what you are contributing now - proportionate to your ability to pay, of course!
To Subscribe Just Click This Link
Image Credits:
(1) - https://www.britannica.com/biography/Justin-S-Morrill
(2) - Gary Patton personal photograph
(3) - https://www.cnn.com/2022/07/23/us/oak-fire-mariposa-county-yosemite/index.html
(4) - https://www.wdrb.com/news/death-toll-rises-as-flood-recovery-efforts-ramp-up-in-eastern-kentucky/article_f663ef70-0f24-11ed-b5aa-afc3e41f0f0b.html
(5) - https://www.mirror.co.uk/news/world-news/canada-roasted-record-466c-temperatures-24418214