#18/ A Farmer Discusses The Nature Of Property 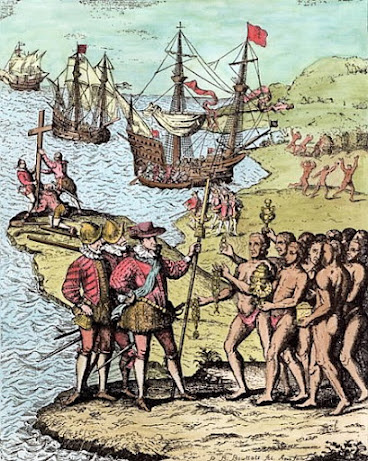 This Quarter, I am teaching "Property And The Law" at the University of California, Santa Cruz. It is early in the Quarter, so the class is focusing on various "theoretical" issues. Basically, during the first several weeks, the class is exploring the question, "What is Property?" Later on, we will be discussing more specific questions, like who gets what when a married couple is divorced.
In terms of theory, the class has already discussed property as a "human creation," and property as "the law of democracy." Today, the class will focus on the following topic: "Property As Conquest (Or Theft)."
The Class Syllabus contains a "Land Acknowledgment," making clear that the property on which the University has been constructed is the "unceded territory" of the native tribes which were displaced by European invaders. The idea that our "property rights" may be built upon past conquest and theft is only partly "theoretical." Here is the "Land Acknowledgement" that the University asks instructors to put into each course syllabus:

Land Acknowledgment
The land on which UCSC has been constructed, and on which we gather, is the unceded territory of the Awaswas-speaking Uypi Tribe. The Amah Mutsun Tribal Band, comprised of the descendants of indigenous people taken to missions Santa Cruz and San Juan Bautista during Spanish colonization of the Central Coast, is today working hard to restore traditional stewardship practices on these lands and heal from historical trauma.

Given the official acknowledgment just reproduced, it is clear that the University has more or less conceded that our contemporary "property rights" in real estate are based on "conquest and theft." That is the essence of today's lesson, and students who attend today's class will get an opportunity to consider whether or not past practices might still have some applicability, today. That is the question posed by the following reading:
oooOOOooo
A Farmer Discusses The Nature Of Property
A farmer goes out early one morning and finds a homeless man asleep in his barn. The farmer wakes the man up and tells him he's trespassing and to get off his property.

The homeless man says, “What makes this your property?”

The farmer says, “I inherited it from my father.”

The homeless man says, “How'd your father get it?”