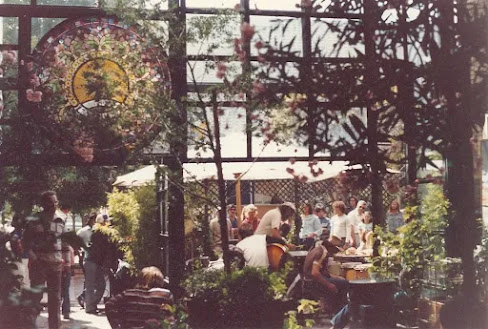 When I think of "Warmth," my first thought is of Don McCaslin’s band. His band was called "Warmth," and it is pictured above, playing at the old Cooper House on the Pacific Garden Mall in Santa Cruz.
By heading up one of his history columns with that picture - so nostalgic for me, and just as nostalgic, I am sure, for many others - Santa Cruz historian Ross Eric Gibson provides an apt illustration for a discussion he titles, "Santa Cruz and the pursuit of happiness."
Those were happy days, indeed, when Warmth was playing on the Mall.
You may remember a song that Mary Hopkin sang, around that time; it was recorded in 1968: "Those were the days, my friend. We thought they'd never end..."
But end they did. Those days did end. That picture at the top of this blog posting was taken long before the 1989 Loma Prieta earthquake that brought the Cooper House down, and that ended an era in Santa Cruz, California. But even as local tragedies, like our own earthquake, struck at various locations around the world, most of us were not paying attention to a global tragedy that was taking shape even then. In the late 1960s, and in the mid and late 1970s, our era of "happy days" was already fated to end, even as Warmth provided music, free, to the passers by on the Pacific Garden Mall.
There is a recent book, called Warmth, pictured at the bottom of this blog posting, and that is what I am writing about today - Warmth the book, not Warmth the band:

Warmth is a new kind of book about climate change: not what it is or how we solve it, but how it feels to imagine a future - and a family - under its weight. In a fiercely personal account written from inside the climate movement, Daniel Sherrell lays bare how the crisis is transforming our relationship to time, to home, and to one another. At once a memoir, a love letter, and an electric work of criticism, Warmth goes to the heart of the defining question of our time: how do we go on in a world that may not? (emphasis added)

That is a terrible question, don't you think? "How do we go on in a world that may not?" The front cover of Warmth (I just quoted the back cover) advises a potential reader what the book is all about:

coming of age at the end of our world

Sherrell calls our global warming crisis "the Problem." That's always the way he refers to global warming in his book. Well, let me suggest just one correction, please. It is not "the" Problem, it is "our" Problem.
Sherrell has written his book as a letter to his yet unborn child (should that child ever enter our world). I would like to suggest that his letter, his book - written for a future child who may never be - is a kind of "nostalgia in advance."
I am hoping that my children, and theirs, and their children, too, will not be reading our nostalgic advance recollections about the end of the world. I don't want them reading such letters about the end of the world. I want them to be writing, instead.
Writing the history of what we did.
Of course, our future children won't be able to write about what we did unless we actually do something. Emphasis on the "do." If we do something, and don't simply just observe and describe, there may be a future for our children after all.
Let's not get ahead of ourselves. Let's leave the nostalgia to them. 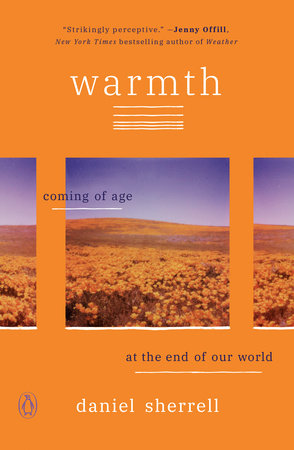