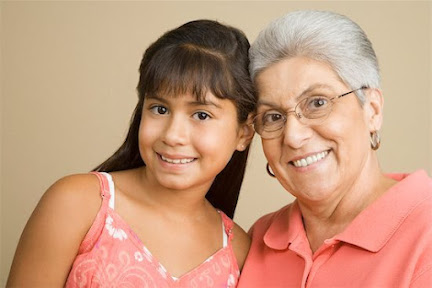 James Lee, writing in the September 1, 2021, edition of The Wall Street Journal, is suggesting that we may be heading for a "future without sex." Lee is an associate professor of psychology at the University of Minnesota, and he specializes in behavior genetics.
Lee is not the only one advancing this hypothesis. He may, in fact, be significantly behind the curve. Way back in 2012, Chatelaine, an online website devoted to "food, style, living, news, health, horoscopes, and more," ran an article with the following headline: "In the future will women have babies at any age, without sex?" Chatelaine was pretty positive about the advantages, as indicated in the following excerpt from its article:

Women wouldn’t be the sole beneficiaries of this kind of leap in reproductive technology writes The Guardian’s Kira Cochrane, “The same field of technology would enable gay couples to have children created from both their DNA, and make it just as easy for a man to become a single parent as a woman.”

Before commenting further, let me indicate my own bias in favor of sex. From my limited personal experience, and from reading lots of novels, I am betting that sex will pull through, no matter how strongly challenged. Frankly, I hope so!
What both Chatelaine and Professor Lee are talking about is the idea that we have now advanced to the point that we can use genetic engineering techniques to produce children who are "better" than those children produced by the random couplings of sex-addled humans. Here is a quick look at Lee's thoughts on this topic:

If you could raise your infant’s IQ by four points, would you? Many parents would, and it’s now technologically feasible. Geneticists can screen embryos for traits ranging from height to facial features to intelligence. The method builds upon the procedure of in vitro fertilization, which induces the release of several eggs by hormonal treatment and fertilizes them in a lab. Genetic testing of the resulting embryos can produce predictions of the traits that the offspring are likely to exhibit, even if those traits are “polygenic” (influenced by thousands of genes with tiny effects). The parents then choose an embryo to implant in the mother. IVF is common, accounting for 10% of births in some countries.

All this creates unprecedented ethical challenges in the immediate future. Consider the parents who use IVF to raise their children’s IQ. If the children repeat the process for another generation, taking advantage of scientific advances during the interim, they could bring the total average gain in the grandchildren north of 10 points—a huge gain. That advantage could be big enough to give the grandchildren radically disproportionate representation at the highest levels of science, finance, information technology, medicine, law and business.

Lee thinks that it's likely that humans will, indeed, want to "improve" their offspring, by using genetic engineering, and then suggests that the "end of sex" may be the result, because traits that are not really necessary are selected out over the generations. For instance, it has been shown that species that live in caves ultimately become blind. Why not? Who needs to see anything if you're living in the dark?
As I say, I am still betting on sex, but what interested me in this topic was not, actually, the question of whether or not our sexual urges would atrophy, and then tend "wither away" entirely, when we took direct charge of producing the next generation by using techniques in which sex plays no part.
What interested me was the idea, seriously being considered by professors and the popular press, that human beings should assume direct responsibility for "engineering" the future of the human race by deciding what traits they want to promote, and then using their technological prowess to accomplish their goals.
Frequent readers of this blog know that I continue to assert that the "World of Nature," a world that humans did not create, and upon which we are ultimately dependent, is more important, in the end, than the "Human World" that we do create, and that we most immediately inhabit. Again, frequent readers know that I am a great believer in "plurality," also known as "diversity," and that the differences that exist between us, as individuals, is a "feature, not a bug." Feel free to dip your intellectual toes into Hannah Arendt, if you haven't ever focused on that thought.
Lee's column ends on a cautionary note. He is nervous about the proposition that we might seek to "engineer" future generations. This caution is very well-founded, in my opinion. As The Wall Street Journal puts it in a "pull quote" from Lee's column:
Reproductive technology may lead us to realize too late that being human is better than playing God.
Image Credit:
https://www.chatelaine.com/living/in-the-future-will-women-have-babies-at-any-age-without-sex/