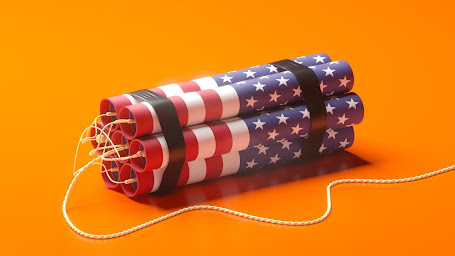 The September-October 2021, issue of Mother Jones asks a pertinent question: "What's fueling America's political rage?" The Mother Jones' article addressing that question, by Kevin Drum, is worth reading. Drum first establishes that we are, as Americans, mad at each other. REALLY mad at each other. The article then further argues, pretty convincingly, that it's not because: (1) America has gone crazy over conspiracy theories; (2) Social Media has caused all the problems; or (3) Things have just gotten worse.
Drum concludes that Fox News is the cause of the problem, toute simple. As he puts it: "It's All About Fox News."

Fox News stokes a constant sense of outrage among its base of viewers, largely by highlighting narratives of white resentment and threats to Christianity. This in turn forces Republican politicians to follow suit. It’s a positive feedback loop that has no obvious braking system, and it’s already radicalized the conservative base so much that most Republicans literally believe that elections are being stolen and democracy is all but dead if they don’t take extreme action.

I understand that this is not an exciting conclusion. Liberals have been fighting Fox News for years with little to show for it. It’s more interesting to go after something new, like social media or lunatic conspiracy theories. But the evidence is pretty clear: Those things act as fuel on the fire—and they deserve our opposition—but it’s Fox News that’s set the country ablaze.

For the past 20 years the fight between liberals and conservatives has been razor close, with neither side making more than minor and temporary progress in what’s been essentially trench warfare. We can only break free of this by staying clear-eyed about what really sustains this war. It is Fox News that has torched the American political system over the past two decades, and it is Fox News that we have to continue to fight. 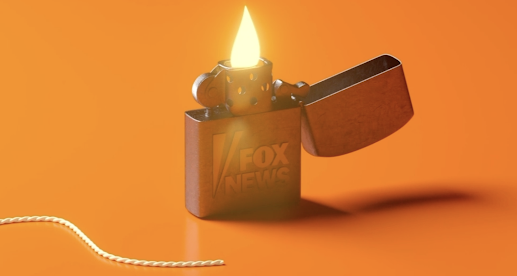 I don't ever watch Fox News (or any other television news, for that matter), so I am not in a good position either to agree or disagree with Drum's conclusion. While I am pretty convinced, just from reading about Fox News, that it is a malign force within our body politic - and intentionally so - I do tend to be skeptical of simple explanations for what are often rather complex human realities. Still, I am definitely willing to believe that corporate media platforms (Fox News may well be the industry leader) use time-tested propaganda techniques to advance their corporate and political agendas.
Given Drum's suggestion that "it is Fox News that has torched the American political system over the past two decades, and [that] it is Fox News that we have to continue to fight," I would have liked to hear some positive suggestions on how we might carry on that "fight" in the years upcoming. Diagnosis is important, of course, but remedies are ultimately more important. Past efforts haven't seemed to work.
As I said in a recent blog posting, I am not convinced that any "governmental bureau of honest news" is going to solve the problem - which may mean that we are back to that "talking to strangers" idea I have mentioned before. Dialogue and discussion, outside the mass media, is perhaps the most effective remedy we have, close at hand, to deal with the "political rage" that Drum identifies.
Talking to strangers, though, as a way to offset some of the political rage that is poisoning our politics, would necessarily mean that would would have to lay down our anger long enough to talk to those with whom we expect to disagree.
And to listen to them, too. Let's not forget that part!
Image Credits:
https://www.motherjones.com/politics/2021/07/american-anger-polarization-fox-news/