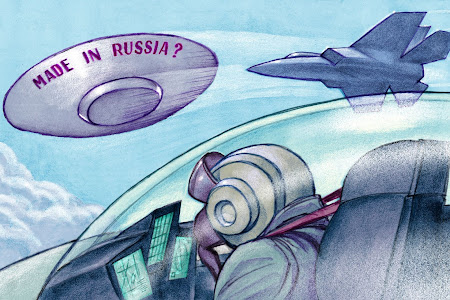 I was interested in a recent column by Jeffrey Scott Shapiro, "UFOs May Be Earthly and Dangerous." Shapiro is described by The Wall Street Journal, where his column appeared, as "an investigative journalist who has reported on Russian aerospace." Shapiro also happens to be an attorney, as I found out when I consulted Wikipedia.
I was less interested in the dire national security threat that Shapiro perceives than in another implication of Shapiro's reporting. Just for the record, Shapiro believes that recent UFO sightings reveal an advanced laser plasma technology, developed by Russia, that poses an immense military danger to the United States, and suggests that these unknown objects have started appearing in our skies, mostly where military pilots can see them, as part of an effort to "undermine the U.S. military's confidence."
While Shapiro directed his attention to a possible military threat to the United States, what I took from his article is that it is probably not true that we are regularly being visited by beings from other planets, in other galaxies.
If Shapiro is right (leaving aside the military implications), we are right back where we have always been, alone in the universe, with all known life in the universe being found right here, on Planet Earth.
Martin Hägglund has written a wonderful book, "This Life," which suggests that we should not distract ourselves with the idea that other things are more important than the fact that we are alive and living right now. In similar fashion, I think Shapiro's column is telling us to focus on "This Planet."
It's all we've got! 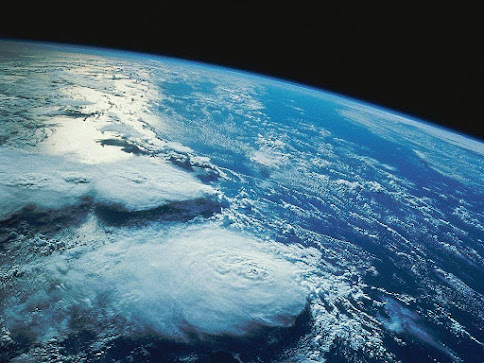 Image Credits:
(1) - https://www.wsj.com/articles/ufos-uaptf-unidentified-aerial-phenomena-lipf-national-security-11627582598
(2) - https://wallpapercave.com/earth-from-space-wallpapers
*For a hypothesis on UFOs that does not postulate either alien invasions or Russian military adventurism, you might like to watch the little YouTube video that I am linking right here.