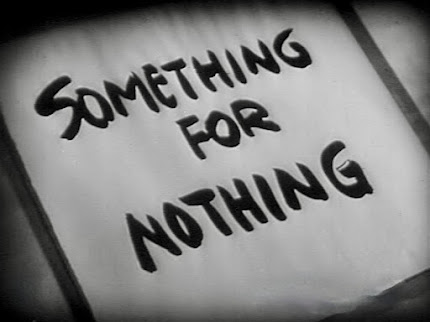 Through hostile cities and unfriendly towns
Thirty pieces of silver, no money down
Maybe someday, you will understand
That something for nothing is everybody’s plan
Bob Dylan - Maybe Someday
I read five newspapers every morning, which means a lot of duplicate coverage. Sometimes, different papers cover the same topics, but with different articles by different reporters. Often, though, the papers utilize the services of the Associated Press, or reprint what another paper has written, and the articles in the different papers are absolutely identical.
Once in awhile, I come across another category of duplication. I find that two articles that are not, actually, focused on the same topic, or on the same event, have some common features. In fact, the way I read them, the two articles may be about "the same thing," but not on the face of it, just when you have read them and absorbed the content.
On July 3, 2021, for instance, the San Francisco Chronicle ran a front-page story with this headline: "How a dabbling investor was won over by Dogecoin." The article described the investment decisions of Shay Kornfeld, a public school math teacher living in Walnut Creek. Kornfeld liked to invest a couple of hundred dollars from each of his paychecks into the stock market, but his stock picks didn't ever seem to make him much money.
Looking around for other possibilities, Kornfeld focused on Dogecoin. Dogecoin is a crypto currency, and apparently started out as a "joke." I think it's supposed to be pronounced "doggy-coin." Despite its "joke" beginnings, investors like Kornfeld decided to take it seriously. Kornfeld "could spend $30 and get 10,000 coins," he told the Chronicle. His initial $500 investment turned into more than $30,000 at Dogecoin's peak in May, and Kornfeld's stake was still worth $20,000 in early July, at the time of the Chronicle's story.
After telling readers about Kornfeld, the Chronicle article went on to document similar investment decisions made by other individuals, including investments by John Klein of Milpitas. Klein had watched with unbelief as Bitcoin skyrocketed in price, so Klein decided to  go "all in" on Dogecoin, when the price was still low. "If enough people have some irrational thought," he says, "it becomes rational."
oooOOOooo
On the same day that the Chronicle explored the Dogecoin phenomenon, and reported how small-scale investors are making a killing (or are trying to), The Wall Street Journal ran a story titled, "The Good Investor."
Arif Naqvi, "a silver-haired man of soft, bearish charm," was a master in convincing people with money to give him some of that money, promoting himself as "one of the world's leading 'impact investors.'" Money invested with Naqvi was not only going to produce fabulous returns. It was going to "do good." Here is how the Journal described Naqvi's speech to "hundreds of business leaders," gathered at New York City's Mandarin Oriental hotel in September 2017:

“To do good does not necessarily mean to compromise returns,” Mr. Naqvi said, pacing back and forth upon the stage. “It is gratifying that we are having this event on morning one, day one and hour one of the U.N. General Assembly week.”

A revolution in finance was needed and he was going to lead it. He wasn’t just harnessing capitalism to make money for the rich but to end the suffering of the poor as well. The era of the impact investor had arrived, he said.

The crowd swelled with applause.

Unfortunately for those who invested with him, Arif Naqvi was not what he seemed: "Behind the facade of operating a successful investment company capable of improving billions of lives, Mr. Naqvi was masterminding a global criminal conspiracy." The subhead on the article gave the story away: "Arif Naqvi convinced the elite that he could earn them big profits and help the poor at the same time. Then the money vanished."
oooOOOooo
The common denominator in these two stories, it seems to me - the way I read them, at least - is that both categories of "investors" - the business leaders in New York City and the schoolteachers and workers from Walnut Creek and Milpitas - were hoping to get something for nothing.
Like Bob Dylan says, that's "everybody's plan."
Image Credit:
https://www.imdb.com/title/tt0498127/