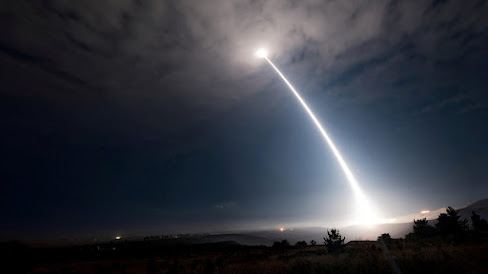 The May/June 2021 edition of the "Washington Newsletter," published by the Friends Committee on National Legislation (FCNL), included a front-page story by Diana Ohlbaum. Her story was titled, "Engendering Change in U.S. Nuclear Policy."
Ohlbaum's story is a good one, arguing that "Congress, the administration, and the nonprofit sector ... need to do more to bring the voices of women and people of color into foreign policy decision-making."
I completely agree with Ohlbaum. As I started to read her story, though, I was initially puzzled, because my brain had tricked me into expecting a different kind of argument. I had read "engendering change" as "endangering change," and that is, of course, quite a different thing. As much as I do believe that we need to put a high priority on "engendering" the kind of changes that Ohlbaum was writing about, I am a lot more concerned about the "endangering" changes that are now underway at the highest levels of our government.
I have been well aware for some time - and I hope you are similarly aware - that the United States government is planning to "modernize" its nuclear arsenal, at a cost of something like $634 billion dollars over the next decade. This does not, in my view, provide us more safety and security; it truly does "endanger" us - besides being a huge waste of money, at a time when we need to be putting our resources to work on the real problems we face: global warming, massive income and wealth inequality, the need for comprehensive health care, and racial injustice.
I was pleased to find, as I read further, that FCNL is very much aware of the "endangering" changes that the government has in store for us - and is providing a warning. On page four of that "Washington Newsletter," FCNL tells us that "A New Arms Race Will Not Make Us Safe."
I hope that's not news to you, but if it is, you might want to click that link and see what Dr. Emma Belcher has to say about the decision by our government to launch a new nuclear arms race. You might also want to sign up for alerts from Tri-Valley CAREs, a terrific grassroots group based in Livermore, California. Here is Tri-Valley CAREs' latest report:

The country by country details provide a grim picture of increasing budgets to fund new generations of nuclear weapons. The report also sheds light on the numerous private weapons contractors that profit off of the nuclear weapon largess from these countries and the huge amounts these companies spend on lobbying to keep the largess coming. This creates what the authors have deemed,” the nuclear weapons complicity cycle.”

The report further points out that the nine nuclear weapons states found they had more than $72 billion on hand for their weapons of mass destruction in 2020, $1.4 billion more than 2019, despite the global pandemic. The report illustrates the how these governments are putting these weapons and their corporate benefactors before the needs of their people.

ICAN is a global campaign working to mobilize people in all countries to inspire, persuade and pressure their governments to sign and ratify the Treaty on the Prohibition of Nuclear Weapons. ICAN is comprised of more than 600 partner organizations (Tri-Valley CAREs included) in over 100 countries. More information about ICAN can be found at www.icanw.org (emphasis added).