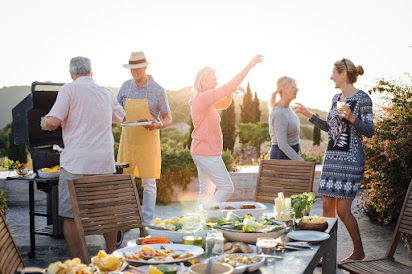 Andy Kessler, one of The Wall Street Journal's reliably conservative opinion writers, has professed a certain difficulty in engaging in small talk, which Kessler's June 14, 2021, column labels as "stupefying." It is Kessler's hypothesis that the pandemic shutdown has made things a whole lot worse on the small talk front, since after having essentially zero social contacts for over a year, many find their small talk skills to be "rusty and crusty."
Generously, Kessler provides his readers with a bunch of terms to be dropped into casual conversations, as an antidote to the small talk dilemma. Apparently, he thinks that referring to one or more of the following will burnish "rusty" small talk capabilities. I am not so sure, myself. If the idea of "small talk" is to maintain a cordial conversation with another person (whom you probably don't know very well, if at all), using one of the following conversational gambits might be a conversation "stopper," rather than a way to get those conversational juices flowing.
Anyway, if you think you might be suffering from a small talk deficit disorder, Kessler suggests that you can try launching a discussion on one of these topics:

Kessler also suggests that small talk can be stimulated by an irreverent use of the names of the rich and famous. Frankly, this seems to me to be a more likely way actually to start or sustain a conversation.  Specifically, Kessler suggests alluding to:

The real purpose of the Kessler column comes at the end. This is the topic I think Kessler REALLY wants to talk about - "inequality and social justice and equity, and other "buzzword-compliant complaints." If someone dares to open up a conversation on any such topic with Andy Kessler, he's prepared! His small talk skills (on this topic) are the farthest thing from "rusty and crusty." Kessler is ready to hit you with the Kuznets Curve:

Eventually, someone will broach politics and, especially this year, start babbling about inequality and social justice and equity and other buzzword-compliant complaints. This kind of talk makes my head spin. I often come back with free-market stuff, but it always gets shut down with: “Free markets led to a financial crisis, right?” Wrong, but tough to argue.

So instead, I casually slip in references to Kuznets curves. It stops conversations cold. Economist Simon Kuznets in the 1950s figured out that a growing economy first increases inequality and producers profit, until inequality decreases as greater social mobility drives up wages, allowing workers to buy more and cheaper Giffen goods. Talk up Kuznets curves at enough barbecues and cocktail parties and you’ll Baader-Meinhof the whole thing and move the Overton window.

This is why Andy Kessler writes for The Wall Street Journal, not for some other publication that cares about social injustice and related wrongs.
Are we offended by the demonstrable "inequality" in our society and economy? Are we frustrated that "social justice" seems to be ignored in almost every arena of our social, political, and economic life? Does an expressed desire for "equity" make us uncomfortable? And what about all those other and very similar "buzzword-compliant complaints" that might come up in a casual conversation? Do they disturb our equanimity? Do we want to mobilize a response that can extricate us from our difficulties?
Well, if that's our situation, and we want to avoid confronting those uncomfortable topics in any direct way, just mention the "Kuznets Curve," the proposition that inequality, inequity, and the lack of social justice isn't a failure at all, but is simply the prelude to utopia. People are supposed to be poor, you know - it's the first step to wealth!
My response to Andy Kessler and The Wall Street Journal is this: With all due respect to the Kuznets Curve, just because some economist wrote something down in the 1950s that doesn't mean it's true. 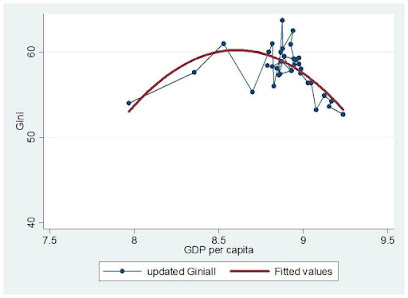