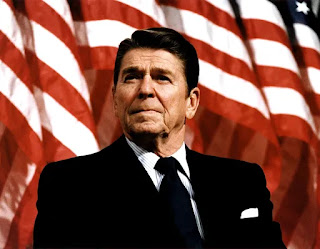 Victor Davis Hanson, a conservative commentator and a fellow at the Hoover Institution, is really worried about an "elitist leftist revolution" in the United States of America. He appears to think that such a revolution is imminent - or, actually, that such a revolution is already here. I mean it. Hanson is serious (and/or somewhat deranged)!
Hanson's opinion column in the June 11, 2021, edition of The San Jose Mercury was titled, "This isn't your father's left-wing revolution."
Definitely not! Not a bit! That '60s thing (to which Hanson compares what is happening today) was just "silly." This is serious. This is real!

This time around, their offspring’s left-wing assault is different — and far more ominous. The woke grandchildren of the former outsiders are now more ruthless systematic insiders. The woke and wired new establishment knows how to use money and power to rebirth America as something the founders and most current Americans never envisioned.

Name one mainline institution that the woke left does not now control — and warp. The media? The campus? Silicon Valley? Professional sports? The corporate boardroom? Foundations? The K-12 educational establishment? The military hierarchy? The government deep state? The FBI top echelon?

The left absorbed them all. But this time around, members of the left really believe that “by any means necessary” is no mere slogan. Instead, it is a model of how to disrupt or destroy American customs, traditions and values (emphasis added).

I haven't, myself, observed the left's extensive "control" over the American institutions that Hanson claims have now been achieved by young, "woke" lefties. Is the "left" now controlling the "corporate boardroom" and "the military hierarchy?" I never would have guessed it! What am I missing?
The picture used to illustrate the online version of Hanson's column (see the photo above) lets us understand that the "American customs, traditions and values" that Hanson is worried about are the customs, traditions and values articulated by Ronald Reagan and all those who have come after him. You do remember Reagan's central premise, I assume: "government is the problem."
That idea, that "government is the problem," has become a kind of tradition, I guess, with both Republican and Democratic Party presidents jumping on the "government is the problem" bandwagon. The prevalence of this idea has allowed those corporate boardrooms to operate our economy to privilege only those at the very upper end of the income scale. Other maladies are also associated with the extreme individualism that Reagan promoted, denigrating and deferring any effort to develop cooperative, collaborative, and collective approaches to our challenges and opportunities.
After all, "government" is how we make choices, together, about what we want to do, and let's be clear: despite the rhetoric about "government is the problem," those corporate boardrooms and the military are quite content with a "big government" approach - just so long as they're in charge of it. The kind of customs, traditions, and values that Hanson wishes to promote are the anti-democratic ones that suggest that all those institutions in Hanson's list should be insulated from any popular pressure coming from ordinary people.
Popular pressure coming from ordinary people is how I would define the "revolution" that Hanson is hyperventilating about. Is something like that really happening? My reaction is, "don't I wish!"
It may be that at least some young people are ready to make fundamental changes in the way things work (though those young people are not very "elitist," as far as I can tell). Let's call these changes that the young people are working for "revolutionary," to be nice to Hanson. But let's see if we can use that word without having to adopt the kind of "Revolutionary Derangement Syndrome," that is so evident in Hanson's column.
Something does seem to be happening, but I don't believe that it's what Hanson describes.
What I am talking about is that "Markeyverse" that I wrote about on June 12, 2021. Click the link to revisit my blog posting on that date. In that blog posting, I came down on the side of those who feel quite comfortable "scaring" the establishment.
Scaring the establishment is all to the good, in my view - especially if there is some follow through!
To me, it looks like Hanson is scared, and I say: That's great!
Image Credit:
https://www.mercurynews.com/2021/06/11/hanson-this-isnt-your-fathers-left-wing-revolution/