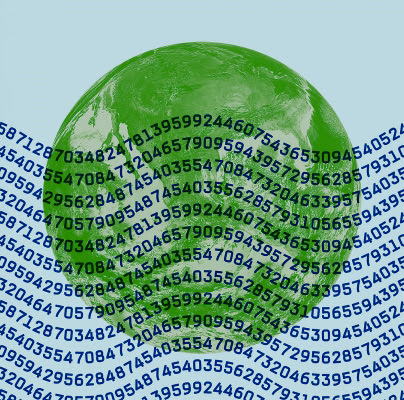 Bill McKibben, writing in Sojourners magazine, makes our confrontation with climate change into a math problem. In the hard copy, his article is titled, "The Basic Math of Climate Change." Online, which is where this link will take you, McKibben's article is translated into this assertion:
WE HAVE 9 YEARS LEFT
450 SUNDAY SERMONS—TO SAVE THE PLANET
McKibben makes six points in his article, and then says: "That's it. Climate change is a math problem."

1) We are currently on a path to raise the temperature of the planet 3 degrees Celsius or more by century’s end. If we do that, we can’t have civilizations like the ones we’re used to—already, at barely more than 1 degree, wildfires and hurricanes have begun to strain our ability to respond.
2) In 2015, the world’s governments pledged in Paris to try and hold the rise in temperature to 1.5 degrees Celsius. The United States, shamefully, exited that agreement for a time, but now we’re back in.
3) To meet that target, scientists say we need to cut emissions in half by 2030 and then go on cutting until, by 2050, we’ve stopped burning fossil fuel altogether. But the crucial year is not 2050. It’s 2030—if we haven’t made huge cuts by then, we’ll miss the chance to stop short of utter catastrophe.
4) Those cuts are entirely possible. Using the brains God gave them, engineers have made incredible progress: Solar power and wind power are now the cheapest ways to generate electricity on this planet. You can buy, for a reasonable price, an electric car if you must have a car. We could actually do this.
5) But—and here the math turns more directly toward moral issues—it means we’d have to not do some things. For instance, we’d have to stop letting our banks and investment managers try to make money off global warming—currently they’re lending and investing huge sums in the fossil fuel industry.
6) And we’d have to face up to the underlying math: While it’s true that humans are heating the planet, not all humans. The top 10 percent of us, those who make more than $38,000 a year, are responsible for more than half the world’s carbon emissions. We need to change our lives, but more importantly we need to change the systems we’ve set up: Instead of trying to maximize our own wealth, we need desperately to try sharing it, so that people in the poorest parts of the world can have solar panels too—so they don’t have to choose between development and a disaster that will hit them hardest.

I am not usually math-oriented, but I'll go with McKibben's characterization, because I think each and every one of the points he makes is absolutely on target. We need to change (and we can), but we have to get on it. Let's call it a "math problem," then, as McKibben suggests. I would call it a "political problem," myself, but if we're going to follow McKibben's prescription, the main thing is clearly to:
DO THE MATH!
Image Credit:
https://sojo.net/magazine/march-2021/we-have-9-years-left-450-sunday-sermons-save-planet