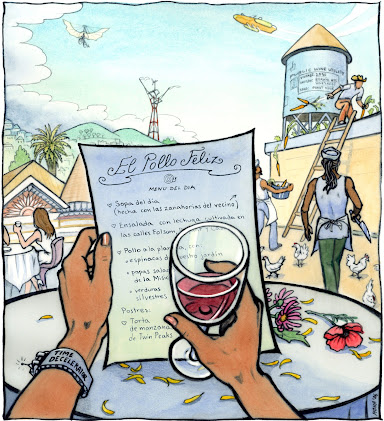 48 Hills, an online newspaper published in San Francisco, has provided a very nice discussion of taxes and local government budgets. Naturally, the article is aimed at the residents and voters of San Francisco, yet it purports to articulate a more general truth about this topic, quoting a long time member of the San Francisco Board of Supervisors:

Tom Ammiano, who served four years on the Board of Education, 14 years on the Board of Supes, and six years in the State Assembly, saw a lot of budgets in his time. And years ago, he gave me a great piece of advice: “Whenever you try to do something good in public office, they always say there isn’t the money. But there’s always the money. It’s maybe hidden somewhere, in some closed-door budget deal, but the idea that ‘there isn’t the money’ is usually a lie" (emphasis added).

My own experience in local government (twenty years as a member of the Santa Cruz County Board of Supervisors) suggests to me that Tom Ammiano is pretty much on target. Generally speaking, the hired city or county staff will tell the elected members of the local City Council or Board of Supervisors that there really "isn't any money" to carry out the new initiatives that the public may be urging.
Perhaps it's a little bit off the mark to call this "there isn't any money" response a "lie." That seems to suggest that any such claim is based on a malign intention on the part of the budget preparers, which may or may not be accurate. Not that such malign intentions aren't sometimes present, but what is really at issue, usually, is the question of who gets to set the priorities. When the elected officials are told that there isn't any money, that is a statement that there isn't any money unless the elected officials change the priorities that underlie the budget being presented, and the staff, whose job it is to present the elected officials with a proposed budget, always have their own priorities!
In 1975, during my first year on the Santa Cruz County Board of Supervisors, there was an organized effort by community members who wanted the Board of Supervisors to invest in community-based social programs. They wanted the Board to find the money to fund those programs. That community-based effort ran into a claim by the County Administrative Officer that there simply wasn't any money available to honor the many requests for funding the Board had received from such groups as the Women's Health Center, the Community Counseling Center, and the Grey Bears. Our Board voted 3-2 to transfer something like $1.2 million to fund these programs, most of them, at that time, brand new and untried. Today, those programs are delivering social services worth fifty to one hundred times that figure.
The Board was able to reset the County government priorities because the Community Congress, organized from within the community - definitely a non-governmental entity - suggested an "Alternative Budget." Our board, by that 3-2 vote, reset the priorities for Santa Cruz County in a way that fundamentally changed the shape and character of our community and of our local government.
Anyone thinking that it might be time to try that once again might want to do a little research on the Santa Cruz County Community Congress. Reading the 48 Hills article, "So San Francisco isn’t broke. Where is the money?" wouldn't be a bad idea, either.
Image Credit:
https://48hills.org/2021/02/so-san-francisco-isnt-broke-where-is-the-money/