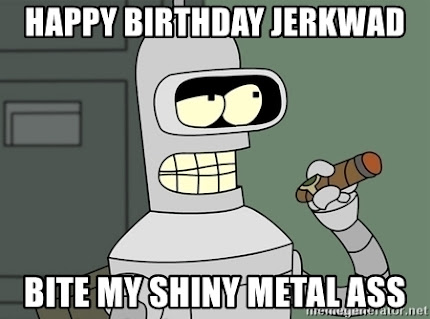 Andy Kessler, writing in The Wall Street Journal, predicts that "Online Speech Wars Are Here To Stay." This assertion was made in an opinion column published by The Journal on January 25, 2021.
On that same date, The New York Times published a "top of the fold" article on the first page of its Business section: "When the Online Troll Is a Co-Worker." As is so often the case, the headline that graced the online version was a little bit different. Online, The Times' article was titled, "How to Keep Internet Trolls Out of Remote Workplaces."
The point of the article in The Times was that working remotely has removed restraints that would normally keep hostile, disrespectful, aggressive, and uncalled for and unhelpful comments in check. What a co-worker would never say to one's face the co-worker is sometimes quite willing to say in a work-related Zoom meeting. When co-workers make hostile and negative comments, collaboration and cooperation suffer. According to The Times, that's becoming a real problem for businesses that now rely on employees who work remotely most of the time.
The Kessler opinion piece makes it seem like the problem will not be easily solved. As Kessler puts it:

This mess was all predicted by a comic strip (really!) in 2004, when only Harvard dorm residents knew about TheFacebook—and Twitter was two years away. John “Gabe” Gabriel—the alter ego of one of the creators of Penny Arcade, a web comic—came up with the Greater Internet [Jerkwad] Theory (obscenity deleted). The theory is spelled out on a green chalkboard: “Normal Person + Anonymity + Audience = Total Jerkwad,” while interpreters note that “normal, well-adjusted people may display psychopathic or antisocial behaviors when given both anonymity and a captive audience on the Internet. (emphasis added).”

As Kessler says of the comic strip's prediction, "it's no longer a theory, is it?"
The very next day, in fact, proving "it's no longer a "theory," a commentary by Megan McArdle, who writes for the The Washington Post, made clear that what that comic strip posed in theoretical terms does seem to reflect reality, and that even "nice persons" succumb. McArdle knows Will Wilkinson, and gives him a "good guy" certification, but here is what he did:

The kind of political "trolling" that goes on all the time on the internet is worse than the kind of behavior discussed by The Times because in remote workplaces, the "anonymity" factor is generally absent. Still, the problem exists even then, even when those in remote contact know each other, or at least know of each other. In the anonymous situation, it's no holds barred. Instead of merely acting in ways that make cooperation and collaboration more difficult, the political trolls sometime threaten bodily harm, often in rather chilling ways.
To my mind, both Kessler and Nellie Bowles, who wrote the article for The Times, are identifying a real phenomenon. It is, indeed, "no longer a theory." Given that we need to confront this relatively new reality in our lives, I want to highlight where that "Jerkwad Theory" begins. It begins with a "Normal Person." That means, the way I see it, that when we have unpleasant encounters on the internet, we need to remind ourselves that the person acting in such an aggressive and hostile manner is, actually, a "Normal Person," just as we are.
Human interaction over the internet will never be equivalent to a "real" human interaction, an interaction that takes place when those having that interaction are located in the same place at the same time, and all of this is occurring in the "real" and physical world, the world in which we eat, breathe, and sleep. Thus, we need to be sure not to attribute "reality" to the jerkwad comments that come our way from an internet source.
Though we can all try to model ordinary and empathetic human behavior on the internet as much as we can - and we definitely should all try to do that - the only way to prevent others and ourselves from turning into the kind of "jerkwads" who become impossible to endure is to talk to each other, in person.
I have actually had an experience with an internet troll, briefly. This was a person who was giving me political grief, online, but when I met him in real life, just by chance, I found that the online hostility was not a true reflection of the real person. Talking to each other, in person, is the only way forward for a healthy politics. That is actually the lesson we should learn from the "Jerkwad Theory."
Image Credit:
https://memegenerator.net/instance/57255338/typical-bender-happy-birthday-jerkwad-bite-my-shiny-metal-ass