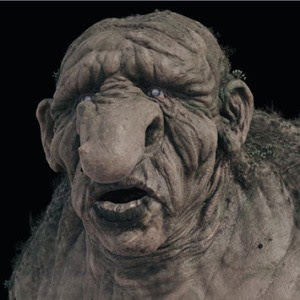 I had an adventure not so long ago. I met a troll.


I am sure you know the kind of "troll" I am talking about. I am not talking about "a dwarf or giant (in Scandinavian folklore) that inhabits caves or hills." That's the definition of "troll" from the Merriam-Webster dictionary, online.

I am talking about an Internet troll, which Wikipedia defines as "a person who starts quarrels or [who] upsets people on the Internet to distract and sow discord by posting inflammatory and digressive, extraneous, or off-topic messages." Internet trolls do not often venture out into public; they do not generally self-identify.

A month or so ago, prior to the March 3rd election, I made a posting to my Facebook Timeline, passing on some information about an upcoming event connected to John Leopold's campaign for Supervisor in Santa Cruz County's First Supervisorial District. Lots of people expressed appreciation for the notification, but a couple of people expressed, in troll-like posts, how much they despised and disliked Supervisor Leopold. Their postings went on for quite a bit.

As the Bible tells us [Proverbs 15], "a soft answer turneth away wrath: but grievous words stir up anger." Trolls specialize in "stirring up anger." With the Bible as my guide, however, I did not rise to the bait, but "turned away wrath." I didn't argue. I didn't protest. I acknowledged the postings, and expressed my disagreement in a polite way. And I didn't block any further commentary or access to my Facebook page for the troll-like commenters.

Then..... (several weeks later), I went to see the movie Parasite, at the Nickelodeon Theatre in downtown Santa Cruz. By the way, I recommend the movie, if you haven't seen it!

In the middle of the show, I made a quick trip to the restroom. As it happened, another person was heading to the restroom at the very same time. As we emerged into the light, he looked at me, and recognizing me, he said, "are you Gary Patton?"

I confessed I was.

"Oh," I said, "I think I remember that. About John Leopold, right? You notice I didn't come right back at you."

"I know," he replied, and then proceeded to engage me in a reasonable (if brief) discussion about some of the local issues of concern to him. We differed, but the conversation was cordial, just the kind of discussion about a political issue that anyone might have.

In fact, in person, this "troll" was a pretty decent guy, or so I felt.

Because I wanted to see the movie, I didn't really have time to discuss local political issues; thus, my troll and I never really became acquainted. Given more time, and allowing for our political differences, we might have become perfectly friendly. Even though we didn't agree on a number of things, we did agree on some, and I was happy to make this troll's acquaintance.

As he presented himself on the Internet, I would have suspected that my "troll" might have looked just like a "real" troll, pictured above. In real life, though, my "troll" seemed to be a nice enough person, given that he did have some political views with which I didn't agree.

The lesson I draw from this adventure is that our politics needs to be person-to-person. Politics by Internet is simply not a viable way to make democracy work.