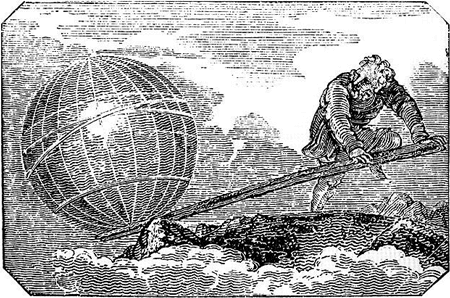 Not too long ago, someone sent me a link to an article dealing in "systems analysis." The article was titled, "Leverage Points: Places To Intervene In A System." I found it to be a very good article.
The article is not too long (nineteen pages in a two-column per page format and with pretty large type). It is not protected by any kind of paywall, either, so you can easily get to it by clicking that link, above. While I would characterize the article as deliberately understated, it's amazingly thought-provoking, with very significant implications for almost everything we do. I am recommending it!
Donella "Dana" Meadows is the author of "Leverage Points." She was born in 1941 and died in 2001. The Academy for Systems Change calls her "one of the most influential environmental thinkers of the twentieth century."
After receiving a Ph.D in biophysics from Harvard, Meadows joined a team at MIT applying the relatively new tools of system dynamics to global problems. She became principal author of The Limits to Growth (1972), which sold more than nine million copies in twenty-six languages. She went on to author or co-author eight other books.
In brief, Meadows' article provides a general list of the "places" at which it is possible to make a change in almost any kind of system. She provides a few specific examples, but just to illustrate the general argument. Her article is a tool for thinking, not a prescription for any specific program of action in any specific arena. In the article, Meadows lists twelve different places to intervene in whatever system you may care about, and this list is presented in increasing order of effectiveness. The most effective place to intervene, in other words, comes at the end. As Meadows points out, we spend most of our time working for changes in those leverage points that are listed first (the least effective possibilities, in other words).
What comes at the end? Well, the last two items on Meadows' list are:

11. The mindset or paradigm out of which the system - its goals, structure, rules, delays, parameters - arises.

12. The power to transcend paradigms.

In other words, new "ideas," new visions of the future, not new "activities," have the best chance to lead to real change.
That seems right to me - and we need some of those new ideas and visions right now!
Does that sound just a little bit "too visionary" for you? Well, Meadows' leverage points approach can result in what are truly striking changes in how we live, how we "operate" our human civilization. Watch Tim Goncharoff talk about how that principle has worked out in my hometown, Santa Cruz, California. He calls it the "Banana Slug" effect, referencing the mascot of the University of California, Santa Cruz. This is "leverage points in real life." It is a truly impressive fifteen-minute, or so, presentation:
Image Credit:
https://www.thwink.org/sustain/glossary/LeveragePoint.htm