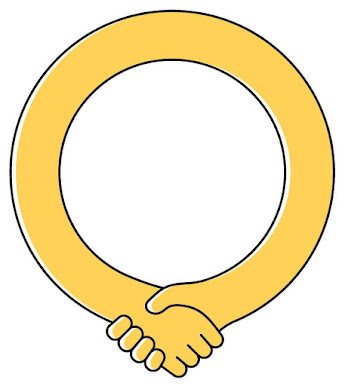 Malia Wollan published a little "tip" in her column in the November 1, 2020 edition of The New York Times Magazine. Her column was titled, "How to Build an Intentional Community." Because I anticipate that readers might confront a paywall problem if they click that link, and because Wollan's comment is short, I am reproducing the column in its entirety, below:

“You need a dream,” says Shirley Meredeen, 90, a founding member of the Older Women’s Co-Housing Project, a group of 26 women over 50 who live together in North London. In 1998, Meredeen and a friend, both 68 and living alone, went to a presentation about co-housing, an outgrowth from the communes of the 1960s, which started in Denmark among private households clustered around shared spaces. Afterward, Meredeen and her friend imagined a place where women could age together and not end up in a nursing home, alone, “dribbling in the corner,” Meredeen says. “We wanted to be in charge of our own lives as we got older.”

Write down some guiding principles. For the Older Women’s Co-Housing Project, these include: counter ageist stereotypes; maintain balance between privacy and community; and no men. The women had all spent their lives in households or workplaces where men assumed leadership positions. “We didn’t want that sort of hierarchy,” Meredeen says. Keep membership to a maximum of 30 people, which will allow everyone to know one another and make decisions collectively. If you seek to build multiunit infrastructure and not just move in with roommates, you’ll most likely need a limited liability corporation, land, financing, architects and builders. It took years, but now the collective consists of 17 apartments owned by their occupants and eight more for renters on fixed incomes.
“You have to commit to doing work,” Meredeen says. Members rotate among various tasks: finances, gardening, coronavirus sanitizing. Decisions are made by consensus during monthly meetings. Though the pandemic has limited their socializing, they have divided up into small groups who check in daily. Younger members do the grocery shopping and prescription pickups. The women can donate money to a charitable trust that helps members who need assistance. That friend Meredeen first schemed with in a pub didn’t live to see the project completed — Meredeen moved in in 2016 — but she knows her friend would have been thrilled. “It’s working so much better than we ever dreamed,” she says.

Co-Housing provides one example of how "intentional" actions, done as community projects, can enrich and stregthen both those individuals involved and the community at large.
My thought? What about some "intentional" community projects aimed at the kind of political transformations that we need to realize, if our fractured and fractious society is to survive?
Image Credit:
https://www.nytimes.com/2020/10/28/magazine/how-to-build-an-intentional-community.html