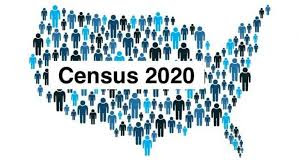 The Reapportionment Act, which fixed the number of House representatives at 435, ... directs the President to transmit to Congress a “statement showing the whole number of persons in each State . . . as ascertained under the . . . decennial census of the population” using the “method of equal proportions.”

There is a "political" reason for this order. If the president's order is carried out, both New York and California (very "Blue" states) will probably lose Congressional seats after the 2020 census, and will receive less federal funding over the next ten years than they otherwise would. Thus, New York, which sued the president, seeking to overturn his Executive Order, had a very practical reason for doing so. By the way, New York won its case in the lower courts. Click this link to read the decision of the federal appellate court for the Southern District of New York. That court held that the word "persons" means just what it says, "individual human beings," which is the way almost anyone would interpret the law.
Naturally, I am concerned about the "practical" impacts of the president's order, too, since my state, California, would be directly and adversely affected if the president's order is sustained. My deepest concern, however, is about the fact that the president's order dehumanizes undocumented immigrants. Literally, it says that undocumented immigrants should not be considered "persons," and the ramifications of that recategorization could be profound.
It is one thing to say - as our law does say - that the legal rights of undoucumented persons are going to be different from the legal rights of those persons who are citizens. But if an undocumented immigrant is not, really, even a "person," then such immigrants can be stripped of everything. If undocumented immigrants are not "persons," what rights do they have then?  Put them in cages at the border? Why not? They're not really "persons," after all.
The Fifth Amendment is that provision in our Bill of Rights that prohibits the government from depriving us of life, liberty, or property without due process of law. Read how it begins:

No person shall be held to answer for a capital, or otherwise infamous crime, unless on a presentment or indictment of a Grand Jury, except in cases arising in the land or naval forces, or in the Militia, when in actual service in time of War or public danger; nor shall any person be subject for the same offence to be twice put in jeopardy of life or limb; nor shall be compelled in any criminal case to be a witness against himself, nor be deprived of life, liberty, or property, without due process of law; nor shall private property be taken for public use, without just compensation (emphasis added).

"Person" is an important word. It is not a word to be trifled with. It is a basic tenet of statutory interpretation that courts will take words to "mean what they say," and that courts will enforce the plain meaning of words, and will only conjure up new interpretations when there is some clear ambiguity in the words that the court is considering.
Based on traditional jurisprudence, it seems clear to me that the Supreme Court should uphold the decision of the Southern District of New York. The president's appeal to the courts to redefine what the Reapportionment Act says is worth just about as much as his spurious claims to the illegality of the recent election, unbacked, it appears, by any credible evidence. Those claims have been rejected by the courts, and surely the Supreme Court, in this case, will do the same with the president's effort, by Executive Order, to deprive undocumented immigrants of their status as "persons."
So why did I have a sinking feeling when I read that editorial in The Wall Street Journal? Here is that newspaper's take on Trump v. New York:

Persons mean persons, lower courts held. But as Justice Antonin Scalia once wrote, “The good textualist is not a literalist.”

Our shameful legacy of slavery is deeply tied to a provision in the original Constitution that said that the census should consider slaves as three-fifths of a "person." Full "personhood" was denied. All you have to do is to read the Dred Scott decision to understand what that categorization produced. I am very nervous as I await the decision in Trump v. New York. Let us deeply hope that this new, "Trump" Supreme Court will not restore a shameful legacy from a past that is still with us and that cries out for redemption.
Image Credit:
https://www.commerce.gov/news/blog/2020/04/while-we-are-home-we-can-still-come-together-respond-2020-census-today