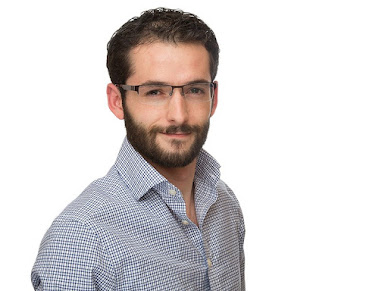 Pictured above is Raul Garcia, the Legislative Director for the Healthy Communities program at Earthjustice. As Earthjustice likes to say, "the Earth needs a good lawyer."
Maybe more than one!
Luckily, Earthjustice has a rather large legal staff, and if you're not familiar with its work, I invite you to click this link to find out more. I have supported Earthjustice for many years, and thus get information in the mail. The latest bulletin I received - the Fall 2020 edition of the Earthjustice Quarterly Magazine - included a conversation with Garcia that was titled, "Environmental Law for Intersectional Justice."
In case you haven't heard about "intersectionality," the article just linked will provide some background. Demanding that we recognize the "intersectionality" of the problems we face is one way to point out that John Muir was right, a long time ago, in saying that:

When we try to pick out anything by itself, we find it hitched to everything else in the universe.

I think my own, often-repeated claim that "we are all in this together" also acknowledges the importance of "intersectionality" in our human affairs.
I particularly appreciated something that Garcia said about NEPA, the National Environmental Policy Act. Telling his interviewer how he first came to work at Earthjustice, Garcia told this story:

When I interviewed with Earthjustice, Marty Hayden (Earthjustice's vice president of policy & legislation) asked me, "What do you know avout NEPA?" I'd never heard of it, or read it. He told me, "Take a look and let me know if you'd be interested in helping us protect it." I was hesitant at first because I wasn't an environmental lawyer, but that changed after I read it. When we met again, I told him it didn't read like an environmental law. To me, NEPA sounded more like a civil rights and civil engagement law.

And that it truly is! NEPA, and the even better version that operates in California, CEQA, the California Environmental Policy Act, both give ordinary people real power to challenge proposed projects that the government "just knows" will be great. Without the procedures that NEPA and CEQA provide, those who are potentially affected by a proposed governmental action have the right to comment - to object - but there is no process to make the government actually pay attention to any protest received.

In fact, when NEPA and CEQA are not available, government agencies and elected officials typically ignore objections and questions. They say, "Thank you for your comment," and then they do what they have already decided that they want to do, anyway.

The Courts have been willing to make the government follow through, too, so the government can't easily dodge these obligations. That does mean, just like Raul Garcia says, that ordinary people can demand and obtain environmental justice. It's a "civil engagement law," and the law is on their side!

Development and business interests, and governments dedicated to advancing those interests, can't get away with it if ordinary people will get organized and get involved, and demand that the government actually respond substantively to environmental concerns.*

So, if you ever hear that CEQA, or NEPA, is just some way for "NIMBY" anti-everything people to stop good things from happening, don't believe it. It's always hard to hold "our" government accountable, and to prevent the government from making decisions that ignore real impacts to real people, and to the physical environment.

Thanks to NEPA and CEQA, it can be done. Take it from Raul Garcia!

Image Credit:
https://earthjustice.org/library/raul%20garcia
* For folks from Santa Cruz, the University of California has just recently released its proposed "Long Range Development Plan" (LRDP), which proposes adding almost 10,000 new students to the Santa Cruz Campus. The EIR process just described will have to be followed. Click right here to be directed to a website where you can obtain a copy of the LRDP and the Draft EIR. The deadline for comments is March 8, 2021.