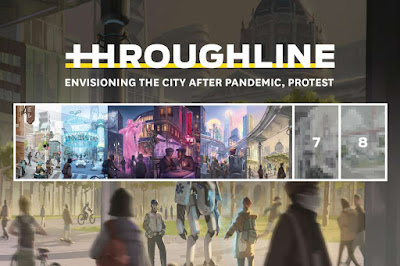 The Throughline is your portal to tomorrow, a view of the Bay Area at the intersection of reality and possibility.

Anyone who regularly reads these blog postings knows that I think it is beneficial to consider our existential situation from a "Two Worlds" perspective. We are both the creators of our own human world and the inhabitants of a Natural World which we did not create, and upon which we ultimately depend for everything.

Another way of discussing the fact that there is a twofold aspect to our existence is to understand how we live in both a world of "reality" and a world of "possibility." We do so simultaneously.

A "throughline" to the future that will make it possible to continue human civilization (in the Bay Area and everywhere else) depends on our ambidextrous ability to recognize and honor both reality and possibility at the very same time!