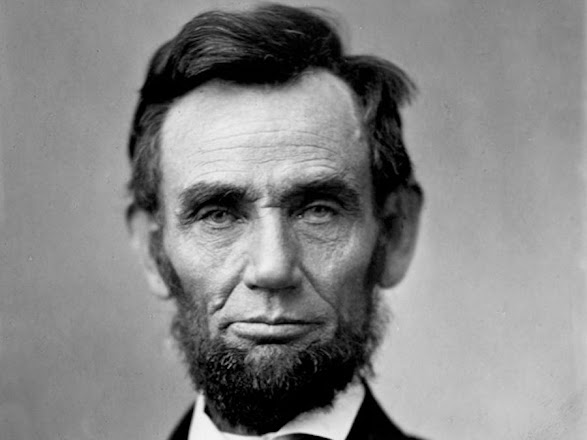 Abraham Lincoln, pictured above, is remembered for many things, including for his Second Inaugural Address, given on March 4, 1865. Lincoln's Second Inaugural was given just as the Civil War was coming to an end, and among Lincoln's pronouncements as president, this address is given almost equal status with Lincoln's deservedly famous Gettysburg Address.

For those who have never read it, or who have forgottten, I commend the Second Inaugural to you in its entirety. Just click that link. The most famous part of the speech came near its end. Lincoln spoke to the country at the conclusion of one of the most horrible conflicts in human history, and here is what Lincoln said:

With malice toward none, with charity for all, with firmness in the right as God gives us to see the right, let us strive on to finish the work we are in, to bind up the nation's wounds, to care for him who shall have borne the battle and for his widow and his orphan, to do all which may achieve and cherish a just and lasting peace among ourselves and with all nations (emphasis added).

Heather MacDonald, pictured below, is no Abraham Lincoln.

MacDonald is an attorney and a conservative political commentator. Recently, she wrote an essay for the May/June 2020 edition of Imprimis, a publication of Hillsdale College. Her essay is titled, "Four Months of Unprecedented Government Malfeasance."

"Charity" is not a prevailing sentiment in what MacDonald wrote. She inveighs at length against the "lockdowns" that were imposed by government to combat the coronavirus epidemic. She also holds "the media" to be at fault for continuing to perpetuate the idea that closing places where the public congretates is an essential public health measure. She then roundly denounces protesters who took to the streets after the callous killing of George Floyd by a Minneapolis police officer.

While I did not agree with MacDonald's arguments, it was the "tone" of MacDonald's article that struck me most forcefully. MacDonald expresses bitter hostility to those with whom she disagrees, and her uunmitigated malice towards such persons, I felt, was the most salient characteristic of the MacDonald essay.

Economic, social, and political conflict can't get much worse than what happened in the Civil War. Brothers literally killed brothers. Whole regions of the nation despised and deplored each other. And in the midst of this division, our most beloved president urged "charity for all, and malice toward none."

MacDonald suggests, it seems to me, that we should reverse this formulation, uncharitably denouncing those with whom she disagrees, and attributing their positions, and their actions, to a willful malfeasance that she suggests cannot be tolerated.

Modern political discourse (from all sides) is largely reflective of the spirit in which MacDonald writes, and we all need to guard against this type of infectious malice. In an article in The Atlantic, Conor Friedersdorf warns us against using "Words Which by Their Very Utterance Inflict Injury," and Friedersdorf cites, as an example of what he warns against, words used against MacDonald by college students who have sought to prevent her from speaking.

Malice toward all, and charity for none, will never be able to bind us together in a common purpose. And bound together, in such purpose, is what we need to be.