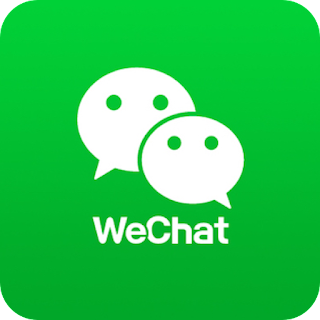 I was surprised to read, in an article in The New York Times that arrived on my doorstep on Saturday, August 8, 2020, that the President of the United States has promulgated an Executive Order that forbids anyone in the United States from utilizing the internet application "WeChat." As The Times' article makes clear, this will particularly affect Chinese citizens residing in the United States (definitely including some of the students I have taught at UCSC) and anyone else who finds the WeChat application a handy way to communicate.

What was strange to me was that the president apparently thinks that he can, based on his own prejudices and preferences, decide who can talk to whom, and by what mechanisms they can talk. Immediately, I remembered something I had heard about in high school. It's called "The First Amendment." I am providing the complete text of the First Amendment below, for your reading pleasure:

Amendment I
Congress shall make no law respecting an establishment of religion, or prohibiting the free exercise thereof; or abridging the freedom of speech, or of the press; or the right of the people peaceably to assemble, and to petition the government for a redress of grievances (emphasis added).

How, then, could our president possibly think he has the right to prevent you and me, and everyone else, from using a specific internet application the president doesn't like? Well, click the following link for the full text of the Executive Order, the beginning of which is reproduced here:

WeChat, a messaging, social media, and electronic payment application owned by the Chinese company Tencent Holdings Ltd., reportedly has over one billion users worldwide, including users in the United States. Like TikTok, WeChat automatically captures vast swaths of information from its users.

Before making a "legal/political" point I would like to make, let me note that almost every internet application in use "automatically captures vast swaths of information from its users." That feature is specifically found in Facebook, for instance, which may be how some who are reading this blog posting have come upon it.

The fact that the privacy interests of those who use the internet is constantly being compromised by the major corporations who have deployed the applications that we utilize is definitely a problem. At least, I think so. In fact, I actually teach a class about this problem at UCSC, entitled, "Privacy, Technology, And Freedom." However, this is not a problem that has much to do with whether the company deploying an internet application is from China, the United States, or somewhere else. Because the president has targeted only one company providing internet communications services, it is clear that he does not have any real concern about users losing control over "vast swaths of information." Quite to the contrary, the president's administration is actively trying to make United States companies, like Apple, provide a way for the government to get access to users' information that has been encrypted, and thus to deny the users the privacy that they have sought to preserve.

Let me talk about the "legal/political" point I mentioned earlier.

What is involved in this "Executive Order" is not a claim by the president that he can, individually, make up rules governing how we will be allowed to communicate. To some degree, that is comforting. He is not, clearly, at least in this Executive Order, asserting that the president can make up any laws he wishes. Lots of people, including me, think that this kind of regal and dictatorial power is actually how our current president sees his role - which is an idea that is about as "un-American" as any idea could be. However, a general assertion of the president's right to control how we use the internet is not what is going on with this Executive Order.

Thus, the fact that the president is claiming that Congress has specifically directed him to do what he is doing in this Executive Order does indicate that he is trying to justify his action as coming within the constitutional order upon which our government is based. Specifically, the president is contending that the International Emergency Economic Powers Act (50 U.S.C. 1701 et seq.) and the National Emergencies Act (50 U.S.C. 1601 et seq.) have given the president the power to deny people in the United States the right to use the WeChat application.

According to the president, he is just making sure that these laws, passed by Congress, are "faithfully executed."

Well, is that actually true? My "legal" review convinces me that Congress has NOT delegated such powers to the president. Here is a link to 50 U.S.C. 1702. And here is what Section 1701 says about the use of the powers granted in Section 1702:

(b) The authorities granted to the President by section 1702 of this title may only be exercised to deal with an unusual and extraordinary threat with respect to which a national emergency has been declared for purposes of this chapter and may not be exercised for any other purpose. Any exercise of such authorities to deal with any new threat shall be based on a new declaration of national emergency which must be with respect to such threat (emphasis added).

It is highly questionable whether or not Congress has actually given the President the power to ban WeChat, in the powers listed in 50 U.S.C. 1702. However, Section 1701, quoted above, limits the use of the powers granted in Section 1702, and you don't have to be a "legal" expert to deduce that Congress has not promulgated a "new declaration of national emergency" naming WeChat as some sort of imminent threat to the security of the United States.

The president's action seems, on a "legal" basis, to be almost wholly without any legitimate foundation.

But there is a "political" comment to be made, as well. Our Congress is supposed to be making the laws that govern how we live our lives. The president is only supposed to "execute" the laws made by Congress. Congress, however, in virtually every area of our economic, social, and political life (including the area discussed in this blog posting), has made very broad delegations of power to the president. This practice allows a president who actually thinks he ought to "reign" over our nation (which is how the current president often describes his job) to get away with massive usurpations of power, the only bar to which is the United States Supreme Court, which has traditionally deferred to the Executive (as is actually the right way for the court to consider its power).

President Trump is not the only president who has claimed unilateral authority to do what the president thinks is best, without any specific grant of authority from the Congress. President Obama and other presidents were quite zealous to extend their executive authority without specific Congressioinal approval. The DACA program (Deferred Action for Childhood Arrivals), promulgated by President Obama, is a good example. I very much support its objectives, but it was not, really, Congressionally authorized.

Unless we want ALL presidents to be subject to "We, the people," as we exercise our authority through our elected representatives, we need to recapture, operationally, Congressional control over public policy. There are LOTS of areas in which we need to get reengaged in what we thought we had, here in the United States:

Letting the president effectively make up the laws, because of overbroad delegations of authority to the president, will get us in a lot of trouble (and already has)!