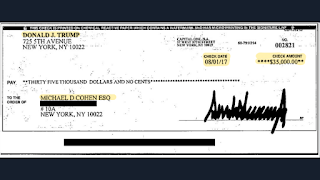 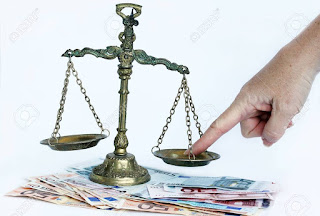 An article in The New Yorker calls President Donald Trump the "most mendacious president in U.S. history." That certainly sounds right. Everyone knows the president is a prodigious liar. A recent article in The Washington Post says that the president made "18,000 false or misleading claims in 1,170 days." That was as of April, 2020, a few months back. Maybe The Post should run a daily feature, like a baseball box score, or like a stock market tracker. Or maybe the paper should feature a daily chart, modeled on one of the coronavirus trackers that papers have been publishing since the pandemic hit.

Besides his penchant for lying about everything, President Trump may also be the most narcissistic president in U.S. history. His rather obvious pathology in that area is perhaps even more concerning than his predilection to lie about every conceivable thing. If the president is literally incapable of thinking about anything or anybody except himself, he will simply not be able to be concerned about what happens to the country, or to any of the people who live here.

Considering both the president's prevarication and narcissism (not to mention other concerning attributes), I think it is appropriate to make use of that famous phrase from the 1970 Apollo 13 Spaceflight: "Houston, we have a problem."

I got to thinking about our "problem" as I read one of Heather Cox Richardson's "Letters From An American."

Trump is, once again, solidifying his power in the Executive Branch, refusing to acknowledge that Congress has any role in his oversight, despite the fact that congressional oversight has been an accepted part of our constitutional system since America’s first president, George Washington, agreed to hand over executive documents to Congress in his first term.

But, so far, Republicans in the Senate have refused to check Trump in any way. Grassley has said the White House’s answer is “insufficient,” and that it had failed to meet the legal requirement for telling Congress why it was dismissing an inspector general. But while Grassley opened a full investigation into President Obama’s dismissal of acting Americorps inspector general Gerald Walpin in 2009, in this case, Grassley appears to be backing off. Rather than launching an investigation, or blocking Trump’s nominees until Trump actually responds to his letters, the 86-year-old senator so far is simply saying he is developing new legislation that will prevent political appointees from serving as inspectors general. Pretty weak sauce.


Richardson is pointing out that our Constitutional system of checks and balances is not working the way it should. Considering our much bigger-than-Houston "problem," caused by our president's pathologies, it is important than they do so.

The images at the top of this blog posting give my view of why our system of checks and balances is not working correctly. Along the way, somehow, the expected definition of "check" got misplaced. "Check" is supposed to identify a "restraint." Now, as far as our elected officials are concerned, the only "checks" they care about are the kind that help them get reelected. That is leading to a slow motion coup.

Maybe not that slow, actually!

We should not expect that the failure of Congress and the Supreme Court to apply restraints and checks upon the president's pathological actions will be remedied by the elected officials who are failing to act. We should not deceive ourselves that these elected officials will, some day soon, suddenly wake up to the real "problem" we have. We, the people, are going to have to get so organized ourselves that we can overmaster the power of money with the power of our collective involvement. We must ensure that those elected to represent us do, in fact, represent and respond to us, and not those who deliver those little slips of paper that don't "check" pathology but perpetrate it.