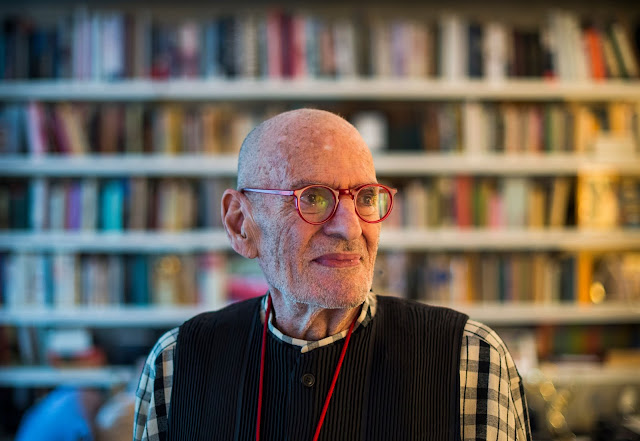 Larry Kramer, pictured, was the founder of Act Up (AIDS Coalition to Unleash Power). Susan Sontag called Kramer "one of America's most valuable troublemakers."

Kramer died on May 27, 2020, and in its obituary, which gave Kramer a warm tribute, The New York Times hailed him as an accomplished author, essayist, film producer, and playwright. Most of all, however, Kramer is remembered as an incredibly effective political organizer and LGBT rights activist.

I think, considering Kramer's effectiveness in politics, that it is worthwhile to consider how truly inspired Kramer was in selecting the name "Act Up." The name puts the focus on "action," and suggests that political action is "fun," which any effective political action most emphatically is. Moreover, the name of the organization that Kramer founded is exactly right. We do not have to acquire power from someone or somewhere else. We have the power already. What we need to do is simply to find out how to "unleash it."

When we coalesce, and come together, and organize, and unleash the power that we already possess, we find that we can change the world.

Thank you, Larry Kramer, for helping to teach us that lesson, and to change our world for the better.