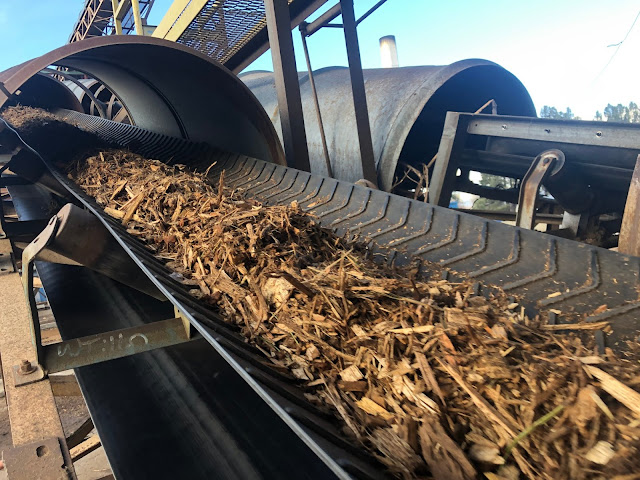 Planet of the Humans, directed by Jeff Gibbs, and with Michael Moore as Executive Producer, is a new and very controversial film. You can view it for free. Just click that link to the title. The film is perhaps particularly controversial because it rather savagely attacks a number of nationally recognized environmental leaders. Al Gore, Bill McKibben, and Michael Brune are three of the environmental leaders whose leadership (and motivations) are questioned in the film.

The film clearly implies - and makes this claim explicit in the case of Al Gore - that these leaders have capitulated to corporate capitalism, and have attempted to push ineffective and contraindicated global warming solutions that will speed up the destruction of the Planet but that will also result in personal profit for them (or corporate support for their organizations).

Are "gold bars" more important than Planet Earth, asks Al Gore, in a segment included in Planet of the Humans? Do we choose "gold bars," or "Planet Earth?" That's what Gore asks. According to the film, Gore went for the gold!

Let me be clear, this may well not be fair to Mr. Gore, but it is not irrelevant to ask ourselves who is providing environmental leadership, and to what ends. The film definitely poses that question.

There has been a lot of "pushback" to this new film, and while I think that there is a good deal of truth in the "pushback," I also think it would be wrong simply to dismiss the film, and not to confront the points that the film is seeking to make. In fact, one main point of the film is a point made in Jonathan Franzen's important article, "What If We Stopped Pretending."

Franzen's article outlines what he believes is the inevitability of the massively negative impacts of global warming, but without any personally-directed anger aimed at those whom we might be tempted to blame. Franzen understands that our global warming crisis really is a crisis that we have all caused, and that it is not a "plot," or something that has been nefariously imposed upon us by the wealthy. Planet of the Humans actually does say something quite a bit like what Franzen says, but the film's projected anger onto our environmental "leaders" is a component not found in Franzen's presentation.

For a good example of the pushback to the film, I'd suggest this article, from the Ecoequity website: "Why 'Planet of the Humans' is crap." Tom Athanasiou, the author of that article, who calls the film "crap" (thereby adopting the same antagonistic model of discourse as the filmmakers ) is the author of Divided Planet: the Ecology of Rich and Poor and Dead Heat: Global Justice and Global Warming, and is co-author of Greenhouse Development Rights: The Right to Development in a Climate Constrained World. He is, in other words, a bonafide (and so far unsavaged) expert. In that article calling the film "crap," Athanasiou does give some credit to the film, even as he objects to a lot of it:

On the other hand, alas, there is another hand. His critique of biofuels, in particular, is generally spot on. I was briefly beguiled by the idea back around 2004, when I was paying too much attention to the carbon cycle and not enough to the realities on the ground. But everyone in the movement knows the score on this today, everybody who’s paying attention that is. Just like no-one still believes that natural gas is a bridge to transformative decarbonization, except maybe Michael Bloomberg. And while there are clearly idiot salespeople in the solar movement, it’s not like they’re representative. Though maybe they are, some of the time. The business of business, is, after all, business. But the Sierra Club had its reasons for joining hands with Bloomberg in the Beyond Coal campaign, and they were good ones. It used his money to shut down a lot of coal plants. Case closed (emphasis added).

For me, advancing "biomass conversion," as a supposed "Green Technology" solution to global warming, is even worse than making the claim that "biofuels" are a way to deal with our climate crisis. Biomass conversion, as I understand it (see the picture at the top of this blog posting) is just another name for deforestation. Learning how this false solution has been pawned off as something positive is one of the main reasons to see the movie.

There is another reason to see the film, too, besides the strong case it makes against "biomass" as a Green Tech strategy. One of the main ideas presented in the movie is the idea that we can't trust "leaders" to solve our problems for us. I think that this is a message we need to hear.

We (ordinary people, non-experts) must reallocate our time and get much more deeply involved in and informed about the key political and policy issues that are central to how our local, state, and national governments operate, and how they are responding to our Global Warming crisis. We can't just assume that between Al Gore, 350.org, and the Sierra Club, we've got our best and our brightest on the job, and that we can continue on with our "normal" patterns of consumption and complacency. The groups that I think best understand this are groups like Extinction Rebellion and Citizen's Climate Lobby. Personal involvement by ordinary citizens is their raison d'être.

It is almost always counterproductive to try to advance policy challenges and policy disagreements by seeking to discredit or denigrate those with whom we disagree. But we can disagree without being disrespectful, and we do need to challenge the idea that we have already found a "Green" solution to the global warming crisis, and that if we could just elect another president we'd have this problem well in hand. Franzen doesn't think that this is true, and Planet of the Humans doesn't think that this is true.

I don't think it's true, either!