#117 / We Need Politicians - And Politics Even More 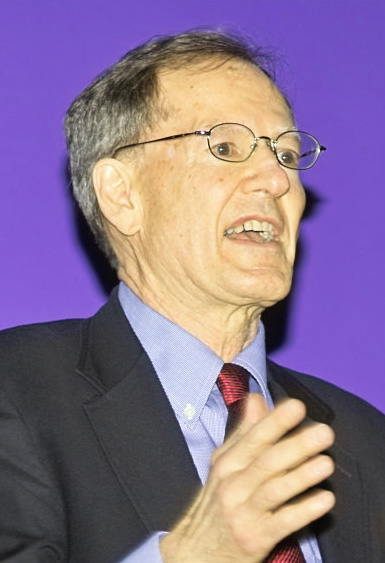 Pictured is George Gilder. According to Wikipedia, Gilder is "an American investor, writer, economist, and techno-utopian advocate." I know next to nothing about Gilder, except that his name is regularly bandied about in a host of appeals I receive by email, telling me that Gilder has predicted this or that, and that I need to take action RIGHT NOW either (1) to make millions, or (2) to protect my assets from a coming catastrophe, or (3) all of the above. Because of these frequent communications from people selling dubious advice, the Gilder name and my "delete" key have established a rather close connection.

Imagine my surprise, then, a week or so ago, when I found a column by Gilder in The Wall Street Journal, headed as follows: "We Need Politicians in a Pandemic."

Gilder's point, with which I generally agree, is that "the conceit that everyone must bow to ‘science’ is not only undemocratic but dangerous in its own right." In fact, what we need even more than "politicians" is a very healthy and robust "politics," and we need that all the time, not only in a pandemic. But in a pandemic, too, of course!

Below, I am providing you with Gilder's editorial statement in its entirety. I think it is worth reading. Gilder's column was undoubtedly motivated by the fact that Gilder doesn't like the criticisms that have been lodged against the kind of decisions advocated by the president (injecting bleach, for example). He doesn't like many of the decisions that have been made, to date, on shutdowns and social distancing. He thinks we have done the wrong thing in deciding on how our nation should best confront the cornavirus crisis.

To me, it seems clear that Gilder is more concerned about keeping the dollars rolling in than protecting the health and safety of ordinary people, and I am not sympathetic. I tend to think that our responses to the crisis, at least so far, have been pretty good. However, I do think that Gilder's general point is very much worth taking seriously. I think the point goes way beyond pandemics.

Turning over all the key decisions to Admirals, Generals, and Scientists is antithetical to democracy. We need, of course, to listen to the scientists and the "experts" as we make decisions. However, I don't think that we and our elected representatives should do whatever the "experts" say, just because they're the "experts." I am in favor of listening to what the experts have to say, and then deciding for ourselves what we should do. I am in favor, in other words, of democracy, which makes our political judgments paramount. We need always to remember who is in charge (we are) lest we end up being ruled by those who claim that they, and they alone, know what is right.

That said, I hold no brief for the decision-making capabilities of our current president. His ability to make unilateral decisions should show us the wisdom of a system of checks and balances!

The U.S. economy has been cratered less by the coronavirus than by the response to it—driven by the undemocratic idea that “science” should rule, even when much of the science and the data behind it remain in dispute.

We’re told in this plague year that politicians have no role—in essence, that the people have no real rights against consensus science, which can demand that we forfeit our liberties and suspend the Constitution. Political leaders, elected to exercise judgment on our behalf, must defer to doctors, because the viral threat is addressable only through medical expertise.

Yet since many liken fighting the coronavirus to war, we should remember that in war admirals and generals defer to civilian authority—to the president, as commander in chief, on matters of strategy and to Congress on matters of budget. This is not a design flaw but how a free people governs itself, even in a perilous crisis. It is how we bring the largest possible perspective to decision-making.

There are not, and never will be, scientific answers to all public problems. Scientific expertise and specialization inform good policy, but they should never be the final word. To navigate successfully between competing interests or competing calamities, between war and peace, and even between deadly pandemics and deadly economic depressions, we need politics—and politicians.

The American system of government asserts these truths: that the people have an ineradicable right to govern themselves, that politics is how we exercise our free will, and that rather than reflexively deferring to experts, we should defer as much as possible to the principles of freedom and common sense.

Common sense says that if a disease threatens to kill millions of elderly people already afflicted by disease, those people should be sequestered and protected. But the rest of us should proceed with our work, taking prudent precautions, even if some of us die anyway.

Anthony Fauci is undoubtedly a fine physician, but he is not in a position to cure what ails us. We are beset by more than a virus; we are beset by bad ideas about what government can and should do, and about who should be making crucial decisions.

It may be a hard truth for many to grant, especially because so many in the media hate the president with a fever that itself seems a contagion, but an optimistic, patriotic, practical-minded politician like Donald Trump, who over the past few years presided over a period of singular economic success, is exactly the man to provide the correct, if undoubtedly painful, cure for the current crisis. We may not envy him his decisions, but he is in the best position to make them.

Mr. Gilder is author of “Life After Google: The Fall of Big Data and the Rise of the Blockchain Economy.”