#111 / Theory And Practice With Yogi Berra 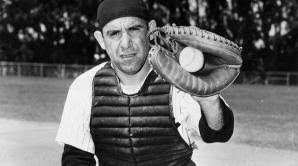 I am not much of a baseball fan, but I am a fan of Yogi Berra, who was inducted into the Baseball Hall of Fame in 1972. Of course, not being much of a baseball fan, the fact that Yogi is in that Baseball Hall of Fame, or was voted Most Valuable Player three times, or that he played on more world champion teams than any other player in baseball history, is a lot less important to me than his wry and funny philosophical observations. You know the ones I am talking about, I am sure:

If you click on that link, you will find a lot more of those Yogi Berra quotes. Fifty, I think! In addition, The New York Times has recently reported that a new biography of Yogi, by Jon Pessah, features some of Yogi's best.

Recently, as I read the latest edition of Land Lines Magazine, published by the Lincoln Institute of Land Policy, I came across another great quote attributed to Yogi Berra:

In theory, there is no difference between practice and theory. In practice, there is.

This observation by Yogi Berra was relayed to Land Lines readers by George W. McCarthy, the President of the Lincoln Institute. The quote appeared in McCarthy's "President's Message," which can be found at the front of the January 2020 issue. McCarthy's message talked about how to address the political, economic, and social challenges that are of such supreme importance to our future. Action, not theoretical work, is what he advises. Instead of waiting until we have a perfect theory, we need to start trying to do the best we can.

Yogi is supposed to have said that "if the world were perfect, it wouldn’t be." Maybe not; he is probably right. What we all do know is that the world exists, and that it is definitely not perfect, and that we are where we are. We have to start from here.

Karl Marx had a slightly different way of making the same point that McCarthy is making. It's one I endorse:

The philosophers have only interpreted the world, in various ways. The point, however, is to change it.