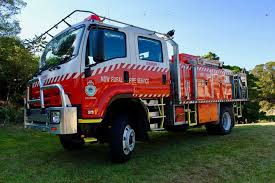 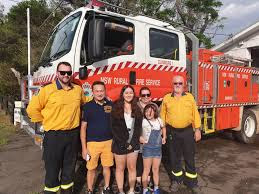 Yesterday, I was inviting readers to think about "Apocalypse Fatigue." Today, let's watch a video of the apocalypse in action. It doesn't take very long, only one minute and forty-five seconds.

For anyone who can penetrate its paywall, you can read about the video I am presenting by tracking down an article that appeared in the Sunday, February 23, 2020, edition of the The New York Times Magazine. In the hard copy version of the magazine, the article is titled, "No Exit." Online, the article is called, "A Disaster Video That Finally Tells The Truth About Climate Change."

The description presented by the article is very compelling. The video discussed shows the progress of a wildfire in New South Wales, Australia, in a rural area protected by the Dunmore Rural Fire Brigade, a community-based agency not unlike the rural fire company that protects Bonny Doon, which is located in a rural part of Santa Cruz County that I used to represent on the Santa Cruz County Board of Supervisors.

The article compared the events shown in the video to Noah's Flood,* to the destruction of Sodom and Gomorrah, to the erasure of Pompeii by a volcanic explosion, and to the final scene of Moby Dick:


The story of a disaster is, almost by definition, a survivor’s story: If there are no survivors, there is not much of a story. The Old Testament has its Noahs and Lots, figures that God spares so their tales of floods, plagues, famines and massacres can be told, their lessons absorbed by the living. In the final scene of “Moby-Dick,” Ishmael circles the sinking wreck of Captain Ahab’s Pequod, clinging to a buoyant coffin and a verse from Job: “And I only am escaped alone to tell thee.”

I tracked down the video described in the article to see it for myself, to see how bad it was. Here is the video. It's just one minute, forty-five seconds till the story is complete. Watch: