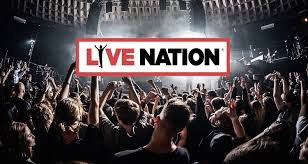 Today is Election Day in California, and if you stick with me, you will find that this blog posting does have something to do with the choices we are facing today at the ballot box.

But first.... Let's start with a seeminly unrelated subject.

On December 16, 2019, Digital Music News reported that the federal government was contemplating taking antitrust action against Live Nation Entertainment. On January 10, 2020, The Wall Street Journal reported that such a proceeding had, in fact, been initiated:

Justice Department antitrust enforcers submitted a court filing that detailed instances in which they said Live Nation Entertainment Inc. strong-armed venues into using Ticketmaster, in what would amount to violations of an agreement that allowed the concert giant to merge with the ticketing service 10 years ago.

Originally set to expire this year, the agreement, known as a consent decree, barred Live Nation from forcing venues that wanted to book its tours to use Ticketmaster for those shows, and it also barred Live Nation from retaliating when venues used a ticketing competitor instead. Live Nation is the world’s largest concert promoter, and Ticketmaster is the dominant ticketing service. The potential for abuse of their combined market power led the Justice Department to impose restrictions on how the two divisions could coordinate.

Last month, Live Nation reached a new agreement with the department to resolve government concerns the company violated that settlement, extending those conditions through 2025.

“Live Nation settled this matter to make clear that it has no interest in threatening or retaliating against venues that consider or choose other ticketing companies,” the concert promoter said Thursday in a written statement. “We strongly disagree with the DOJ’s allegations in the filing and the conclusions they seek to draw from six isolated episodes among some 5,000 ticketing deals negotiated during the life of the consent decree.”

The new government filing, submitted late Wednesday in U.S. District Court in Washington, chronicles instances in which six unnamed venues said they were told that retaining the services of a Ticketmaster competitor would lead the concert-promotion giant to stop booking acts at those venues. Some of the venues said Live Nation retaliated against them for opting to use a competing ticketing service.

“They have failed to live up to their end of the bargain,” the antitrust enforcers said in the filing, which lays out what it calls anticompetitive behavior on Live Nation’s part.

As indicated in The Wall Street Journal article quoted above, one mechanism by which the rich get richer is simply by being "bullies," by "strong-arming" people to give them economic advantages. If you own the rights to determine where the most popular entertainers in America will perform, you can tell promoters that they will use the ticketing service you also happen to own, or they won't be able to book the acts at all. The same kind of "bullying" tactics occur in all sorts of different contexts. The basic principle is described by a well-known formula that is expressed colloquially as follows:

Them That Has, Gets

Let's not forget that the five hundred wealthiest people in the world increased their net worth by twenty-five percent in 2019. If you think about what that means in real life, it is actually a pretty staggering statistic. The wealthiest person in the world, by most accounts, is Jeff Bezos, of Amazon. His wealth, in 2019, was $113 billion. Apparently, his wealth increased by approximately $28 billion last year, and I am betting he is "on track" for similar gains in 2020. Maybe even more! Just to make the comparison clearer for those who are paid by the hour, that $28 billion yearly increase in Bezos' wealth translates to an hourly wealth gain of about $3,196,000.

One way Bezos bullies others to obtain more for himself is to pay workers low wages for backbreaking, physically demanding work. Meanwhile, back on the streets, here is how an increasing number of Americans are being forced to live: 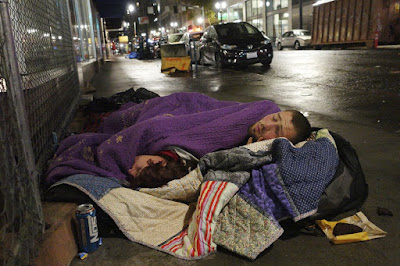 Income and wealth inequality is a big political issue this year, thanks, mainly, to presidential candidate Bernie Sanders, with backup and harmony being provided by Elizabeth Warren. One way to deal with wealth and income inequality is simply to "tax the rich," and to use the money for expenditures that have broad, positive impacts on people's lives. But there is also another way, as illustrated by the Live Nation enforcement action.

Our government is supposed to represent us - ALL of us - though our government, too, has been largely captured by those with extreme wealth. That applies, let's not forget, to what is happening in both political parties. Reasserting genuinely democratic control over the mechanisms of government will not be easy (that's the political issue raised by the Sanders and Warren candidacies), but we know that it is more than theoretically possible. It may be difficult (REALLY difficult), but it is not impossible.

IF our government were truly operating on behalf of ordinary people (and it's up to all of us to insist that it do so), then we could do a lot more than merely "tax the rich." We could radically reduce or even eliminate entirely the kind of amalgamated economic power that allows Amazon, Live Nation, Boeing, and all the other giant corporations to ignore the public interest, and to "bully" others, large and small, so as to increase their own wealth and income.

I, personally, think that the wealth inequality issue is THE issue in our upcoming elections. If you agree, cast your votes accordingly, and get directly engaged in the campaigns that can change America!