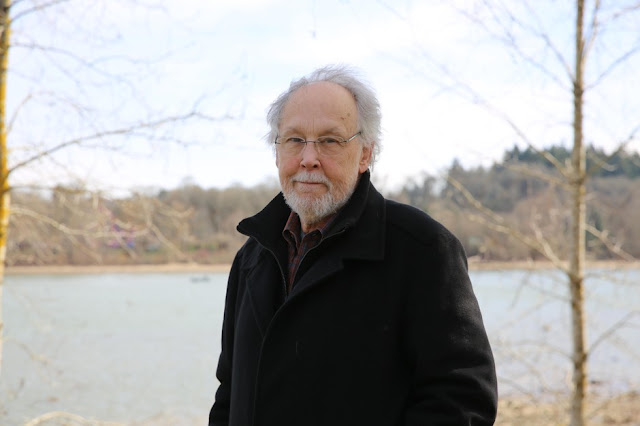 Let me reference my blog posting on December 24, 2019, which suggested that readers track down an interview with Barry Lopez, published in The Sun magazine. That is still good advice.


Let me "pile on" just a bit, however, with one more insight from that interview. Lopez commented on his recently released autobiographical reflection, Horizon, and then made this observation:

Lopez: Many of us feel we’re stuck with a dead-end street because of global climate change. That’s why Roy Scranton was able to write a book with the title Learning to Die in the Anthropocene, because people are now familiar with despair on this scale, believing we’re at some sort of terminal point ...

Something I learned from scuba diving is that if you’re a terrestrial creature, a landscape changes from side to side as you swivel your head. If you’re diving, that happens, too, but it also changes vertically. You can be looking horizontally when you’re at 150 feet or at 30 feet, but then you add that vertical component. If I can stretch this comparison a bit: When you arrive in a box canyon, what you’re actually looking at is a box without a lid. You can’t get out of there the way a bird can. If you enter a box canyon as a diver, however, you just rise up in the water column and swim on. So part of what I was trying to do in Horizon is to encourage people to imagine the world on axes different from the ones that function like boundaries for us instead of horizons.

A boundary says, “Here and no further.” A horizon says, “Welcome.” You know you can go on from there.

"Possibility" is my favorite category. I have found it is a "magic key" that helps me to escape from all species of confinement. It is the way to turn boundaries into horizons.


From a place we may have thought marked the end of the world, becalmed on a dying sea, and lost in a tractless ocean of despair, we find that we have not reached a boundry, after all, but that we have discovered, instead, a place of possibility, a horizon that promises still more for us to see, and do.

We sail on from there.