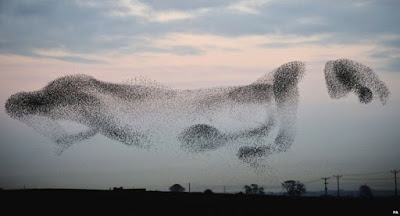 I continue to be astonished and delighted by every edition of The Sun magazine. The magazine has now been publishing for forty-five years, and I am chagrined to admit that I have come very late to the party. As I always do when I mention something I have seen in The Sun, I invite others to join in me, and to subscribe to this superlative journal. Click right here to subscribe to The Sun.

In the December 2019 issue, The Sun ran an article titled, "The World We Still Have: Barry Lopez on Restoring Our Lost Intimacy With Nature." This article is a long and very wonderful discussion between Lopez and Fred Bahnson, who is affiliated with the Wake Forest University School of Divinity. I also see that Bahnson is a resident of the little town in which my maternal grandfather was born, Brevard, North Carolina, population approximately 8,000. I have always wanted to visit!

Here are several excerpts from Bahnson's inverview with Lopez, which touch on themes I have often explored in this blog:

Lopez: I don’t feel despair. What I feel is anxiety, having put myself in a place of responsibility by writing a book. ... There are millions of people like me — writers, painters, dancers, photographers, composers — who have chosen over a long period of time, like fifty years, to pursue the arts in a way that is not self-serving, self-celebratory. Maybe it’s arrogant of me to say this. But I believe there is a difference between writing for, to put it crudely, money and fame and writing for the health of the human community, for its survival. There’s a man who’s been in a formal sense an elder to me for thirty-eight years, and when I asked him about holding that position in a community and the discouragement you can feel, he said, “The only thing to understand is that you can never quit.” You can’t ever say, “Well, this is hopeless. We’re all going to go down the tube.” No. It’s not hope or despair or optimism you’re searching for; it’s a belief in humanity. Those feelings have, for many, developed under the umbrella of organized religion — being in service to a thing greater than the self. ...

Everything large-scale business promotes is antithetical to the support of life. The major, fundamental contradiction in this country is that you can’t have a true democracy built around the goals capitalism espouses. You can’t do it. You’ve got to change it, and what a vision that is.

Bahnson: You’ve suggested that the figure of the culture hero — Prometheus or Siddhartha Gautama or Superman — is no longer relevant in the age of an exponentially expanding human population. The scale of the problem is beyond the lone hero. What stories should replace the story of the culture hero?

Lopez: They haven’t been written yet. When you read hero stories like the Epic of Gilgamesh, or the Odyssey, or the Aeneid, or any of the enshrined stories by which we define our culture in the West, you see it’s great literature, and that it’s deep and profound and true. But does it serve us now? I don’t think so. Too many people are standing around waiting for a hero to appear. And the idea that a woman or a man or a child will suddenly stand up and change everything seems naive now. The world is moving too quickly. There’s real trouble on every front: Governance. Social justice. Environment. Investment.

Bahnson: That’s a profound idea, that those stories we’ve relied on for so long aren’t working anymore. We need different narratives.

Bahnson: And yet we can’t hold in our minds something like “humanity.” It’s too large a concept. To have a story that places at the center the well-being of everyone seems to negate what a story does, which is to focus on the specifics of a character or group of characters.

Lopez: But story is merely a pattern that signifies. The blueprint for our story is before us all the time. Watch a flock of starlings. When you’re driving up an interstate in an agricultural landscape like California’s Central Valley, where there’s lots of sky, lots of space, you feel like you want to pull over and watch the display of coordination as a flock of starlings changes direction overhead. It’s important to consider that the starling is a pariah bird, an “ordinary avian,” not a golden eagle or a harlequin duck. The flock is carving open space up into the most complex geometrical volumes, and you have to ask yourself, How do they do that? The answer is: No one’s giving anyone else instructions. You look to the four or five birds immediately around you. You coordinate with them. The intricacy of that lattice means that one of the birds you’re using as a guide for your own maneuvering is itself watching the birds around it to coordinate itsmovement. There’s no leader, no driver. It is an aggregate of birds. To behold them is to take in something beautiful, a coordinated effort to do something in which there’s no leader, no hero. That’s to me the way around that dilemma of scale: a much greater level of coordination and deference toward others.

You must rid yourself of the idea that only one person knows, and understand that genius might be manifest in one man or one woman in a particular moment, but that the quality of genius that characterizes humanity is actually possessed by the community. It might rise up and become reified in a single person in a group, but it doesn’t belong solely to that person (emphasis added).


Barry Lopez is pictured below. The full discussion between Bahnson and Lopez is available right here. It is most definitely recommended!