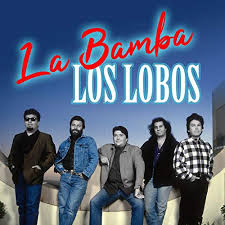 Invictus, by William Ernest Henley, written in 1875, was my father's favorite poem. Could be mine, too, I guess. It is a little "heavy," but I take it seriously. I am going to print the poem right here, just in case not everyone has memorized it. My father definitely made sure that I did!

Out of the night that covers me,
Black as the pit from pole to pole,

I thank whatever gods may be
For my unconquerable soul.

In the fell clutch of circumstance
I have not winced nor cried aloud.

Under the bludgeonings of chance
My head is bloody, but unbowed.

Beyond this place of wrath and tears
Looms but the Horror of the shade,

And yet the menace of the years
Finds and shall find me unafraid.

It matters not how strait the gate,
How charged with punishments the scroll,

I am the master of my fate,
I am the captain of my soul.


My wife, who is my resident authority on all things literary, and who has been published in an anthology on how to teach Latino theatre, recently brought to my attention the connection between Invictus and La Bamba, one of my favorite Spanish-language songs, as sung by Los Lobos. That connection between Invictus and La Bamba had escaped me, before.

I have been writing, recently, about the rulers and the ruled, and I am saying, "WE are the rulers." You have just read Henley on that topic. As Los Lobos translates Henley to Spanish:

You can click right here for the lyrics to La Bamba (in both Spanish and English, though I don't much like the English translation provided). Here's what that song is saying:


I highly recommend the YouTube video, below, showing Los Lobos performing La Bamba in Watsonville, California, in November 1989. The video makes pretty clear why I love that song so much. We are captains, not sailors. We sing it with such joy!