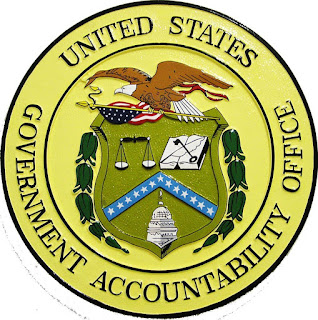 New information has been made available, bearing on the impeachment of President Donald J. Trump. As reported by both The New York Times and The Wall Street Journal, the Government Accountability Office (the GAO) has issued a report finding that it was "illegal" for the president to hold up funding to the Ukraine, in opposition to and contrary to the duly enacted directions of the Congress.

The GAO is "an independent, nonpartisan agency that works for Congress. Often called the 'congressional watchdog,' [the] GAO examines how taxpayer dollars are spent and provides Congress and federal agencies with objective, reliable information to help the government save money and work more efficiently." In addition, "GAO’s Office of the General Counsel regularly issues legal decisions and opinions regarding ... appropriations law, and other legal matters."


On Friday morning, as I read what the newspapers had to say about the GAO's recent findings, one quote from The Times' article stood out:

The White House budget office promptly rejected the report’s conclusions, saying it had remained within the law. “We disagree with G.A.O.’s opinion,” said Rachel Semmel, a spokeswoman for the budget office. "O.M.B. uses its apportionment authority to ensure taxpayer dollars are properly spent consistent with the president’s priorities and with the law (emphasis added)."

The United States Constitution specifies in Article II that the main duty of the president is to "take care that the laws shall be faithfully executed." The "president's priorities," in other words, which may be quite different from what Congress provides, do not appear to constitute any legal basis for the president to disregard, delay, or deny a legally enacted direction by the Congress.


With the single, telling phrase highlighted above, we learn that the Trump White House contends that the president is actually "above the law," in that the "president's priorities" permit him to disregard the laws enacted by the Congress.


Is it, in fact, permisible for the president to substitute his own "personal priorities" for an explicit direction from the Congress? The future of our Constitutional system of government will depend, very significantly, on the answer that the United States Senate gives to that question.