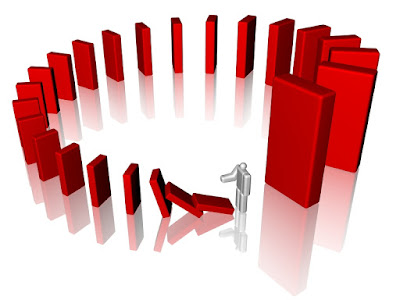 One of the biggest divides in the race for the Democratic presidential nomination is whether Donald Trump is a cause or a symptom of the current dysfunction in American politics. Joe Biden has argued the former — replace Trump and everything will go back to normal — while the likes of Elizabeth Warren and Bernie Sanders have based their campaigns on the need for “big, structural change.”

I am quoting from a book review written by Ari Berman. Berman's review appeared in The New York Times Book Review on Sunday, December 22, 2019. It is titled, in the hard copy version, "How to Mend Our Broken Politics." Berman reviews the following two books: They Don't Represent Us: Reclaiming Our Democracy, by Lawrence Lessig, and The Great Democracy: How to Fix Our Politics, Unrig the Economy, and Unite America, by Ganesh Sitaraman.

So, what is the right answer? Is Trump the "cause," or is his presidency an "effect" of what is wrong with politics in the United States of America? I tend to think that the Trump presidency is much more "effect" than "cause," but the right answer is probably "both." At any rate, what I noticed as I read Berman's review was the way he describes the central thesis of the Lessig book. Lessig is definitely in the "effect" camp. Here is how Berman synopsizes what Lessig has to say:

“The crisis in America is not its president,” Lessig writes in his opening pages. “Its president is the consequence of a crisis much more fundamental.” That crisis is the state of democracy itself.

You could fill an entire bookshelf with works about the crisis of democracy in the Trump era, but Lessig, a professor at Harvard Law School, has been eloquently hammering this point longer than most. He isolates the problem with American democracy to one word: “unrepresentativeness.” Voter suppression undermines free and fair elections, gerrymandering allows politicians to pick their preferred electorate, the Senate and the Electoral College favor small states and swing states over the rest of the country and the post-Citizens United campaign-finance system gives a tiny handful of billionaires far more clout than the average small donor. “In every dimension, the core principle of a representative democracy has been compromised,” he writes (emphasis added).

I haven't read either of the books reviewed by Berman, but I am prepared to agree with Lessig, based on the above description of his views. However, in thinking about how the compromise of our representative democracy has occurred, I want to suggest that "the fault," as Cassius says to Brutus in Shakespeare's Julius Caesar, is "...in ourselves."

In a representative democracy, elected officials are supposed to represent the people who elect them, but it is the responsibility of the people to insist that they in fact do that. "We, the people," in other words, are the source of the power wielded by our representatives, but we often act more like petitioners and protesters than like those who are actually in charge. Various structural reforms can help, but what is mainly necessary is that we decide that we are, and should be, "in charge" of our government. To make any such decision "real," and not just "theoretical," we must then spend the time and effort necessary to make sure that the people we elect do what we want.

When the people act like "pussies," it's no wonder that our so-called "representatives" start representing themselves, not us! Trump's ascendency comes right out of a deep-seated frustration that the government is beyond our control, when we know it should be doing what we want. Trump is an "effect."

President Trump is not, of course, the solution to the problem of our failing democratic institutions, and no other candidate will be, either. What might work is the so-called "political revolution" that Bernie Sanders talks about. Such a "revolution" would require that we, the people, reassert and effectuate, as a reality, our own primacy on the terrain of politics.