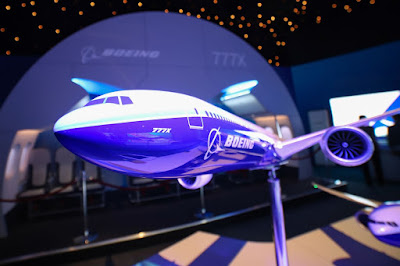 The Wall Street Journal is, I think, a "go-to" source of information for the business class. I don't qualify in that category, but I read The Wall Street Journal, too. On Friday, November 29, 2019, The Journal ran an article titled, "Boeing's Next Jet Faces Scrutiny." I think that the article is, or should be, instructive for American business, which has celebrated, for the most part, the fact that the United States government is increasingly ready to accept business claims about product safety without independently verifying their veracity.

Take Boeing's 737 MAX airplane as a prime example. The Federal Aviation Administration "delegated" safety checks of the airplane to the manufacturer, which sped the plane into service without additional pilot training, and with what turned out to be a massively defective software system that helped crash two of the planes, killing hundreds of people.

"My bad" Boeing has now admitted.

Well, it turns out that other nations have relied upon the integrity of the FAA, and have heretofore assumed that if the FAA has certified a plane as safe, then the plane is, in fact, safe. That reliance on the United States' regulatory process has significantly benefitted Boeing.

If I were a business person in the United States, I would take a lesson from this recent article, and realize that when foreign nations can't trust the United States government (which more and more, under the current administration, is removing or weakening regulatory reviews of all kinds) the end result, in a global economy, is not "good," but "bad," for American business.

I, for one, don't trust Boeing, period. And, of course, I now don't trust the FAA, either, having learned that the FAA thinks it is just fine to delegate its responsibilities to the corporations that the FAA is supposed to regulate. I guess I am now going to have to rely on foreign government airplane safety reviews, instead of safety reviews by our own government. And I don't trust those other governments very much, either. Is the fact that the world can no longer trust the integrity of the United States government good for United States corporations?

Just a thought for all those corporate types - and all their lobbyists, in every industry, seeking to weaken governmental regulatory reviews!