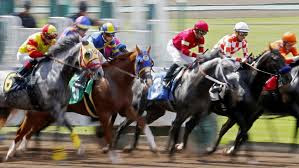 "Horse race journalism," says Wikipedia, is a term used to describe a kind of political reporting that "resembles coverage of horse races because of the focus on polling data, public perception instead of candidate policy, and almost exclusive reporting on candidate differences rather than similarities."

Just picture the debate stage at one of the recent Democratic Party Presidential Primary Debates. It kind of resembles the start of a horse race, doesn't it? Of course, the same thing was true of the Republican Party Primary Debates in 2016 - though only men in that race! 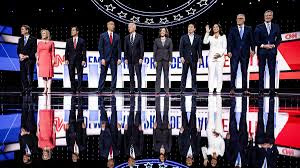 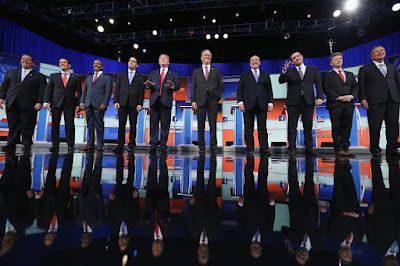 Horse racing is not called the "sport of kings" for nothing. You have to have lots of money to compete. This is a fact that should make those who are observing the periodic political horse races that determine our democratic destiny wonder "who owns the horse?" The question is pertinent. Whoever owns the winning horse is going to get the trophy, and the money, that goes to the winner.

That is why Joe Biden's recent decision to court money from Political Action Committees, representing corporations and others with access to lots of money, is such a big deal. As reported by The Intercept, a new, pro-Biden PAC (being formed at the candidate's urging) is "being organized by corporate lobbyists for [the] health care industry, weapons makers, finance..."

John Diaz, editorial page editor of the San Francisco Chronicle, has quite legitimately bemoaned the fact that Biden switched up on his promise to "raise money the straightforward way: with donations capped at $2,800 each." That is from an October 26, 2019, editorial statement that is available online only to Chronicle subscribers.

Among the current Democratic Party frontrunners, both Bernie Sanders and Elizabeth Warren are financing their campaigns in what Diaz calls the "straightforward way," with small dollar contributions.

When the race is over, in November of next year, and if the Democratic Party candidate wins, it will be pertinent to ask, "who owns the horse?" If it is "the health care industry, weapons makers, and finance," then those special interests will get the benefits of that political victory. They have been backing political winners, in both parties, for a long time now. Maybe it doesn't have to be like that.

I would like to think that our next presidential horse race will wind up with ordinary people "owning the horse." It is certainly possible, and, in fact, I am absolutely certain that that's the way it's "spozed to be."