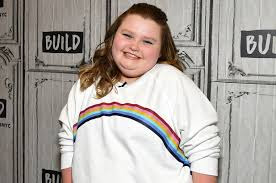 This Quarter, I have been teaching a class at the University of California, Santa Cruz. The course is called "College 1," or the Crown College "Core Course," and is an introductory class for all incoming, first-year students at each of the ten colleges at UCSC. It's a required course. The theme of the course this year in Crown College is "The Ethical and Political Implications of Emerging Technologies." I was recruited to teach this course, I think, because I have previously taught, on numerous occasions, a course for graduating Legal Studies seniors called, "Privacy, Technology, and Freedom."

In the course I am currently teaching for first-year students at Crown College (the last day of teaching is today), the class read George Orwell's 1984, The Play. As part of the class discussion, I thought it might be fun to have students "cast" the play, picking actors who would be good in the various different parts. Those parts include "Winston Smith," "Julia," "Parsons," "O'Brien," and "Syme." And don't let me forget "Gladys," the bratty young pre-teenager who first accuses Winston Smith of "thought crimes," and other crimes against Big Brother.

I was somewhat surprised that the class didn't have lots of suggestions as we discussed who would be good in the various parts, but there was unanimity, yelled out from virtually all, that the actor who could best portray Gladys was "Honey Boo." Frankly, the class was stunned to learn that I had not the slightest clue about "Honey Boo." When I asked the students to tell me "who is Honey Boo?" I was regaled with peals of unrestrained laughter.


Of course, the students' amusement that I was so out of touch with contemporary realities was very much justified. Their amusement was a condign response to my sometimes-expressed puzzlement that students who were born right at the time of the new millennium don't seem to understand or appreciate some of the details, still vivid to me, of who did what, and when, during the War in Vietnam. That war, of course, was not a comedy, but it was something that was going on when I was a first year student in college. Older people, I have come to appreciate, take it for granted that younger people should be equipped with a memory of all the important things that affected the now older persons' lives. In fact, younger persons have about as much knowledge of those past realities as I have of a number of current realities. Someone fully in touch with what is going on, today, probably would not ever have to ask, "Who is Honey Boo?"


I have been extremely privileged to get to know the students in my Crown 1 class. They are smart, concerned, and serious. They are taking seriously the challenges they face in our contemporary world, just as I took seriously the challenges confronting me, and others my age, during my freshmen year in college in 1961. I hope I have not come across to my students as nothing more than some "old guy," enmired in and enamored of the past, and out of touch with what is happening today. I admit that this view of my connection to contemporary reality may be somewhat justified!


I ended up as a history major, in college, and I do think that history is a subject worth studying. I am reminded, in fact, of one of the lessons of Orwell's 1984:

I take this to mean that it would be a great error to discount or forget about the past, which provides some reason for institutions of higher learning to keep at least a few of the "old guys" like me around, since we may be able to provide some useful links to what has gone before.

On the other hand, I actually do not agree with the quote I have provided above. It is NOT the past that determines the future. It is what we do right NOW. Anyone who wants to be able to affect the future must change the present, and that means that she or he must know about the present, first and foremost. I am sincerely trying to keep up with the contemporary. I haven't given up on the future, so I know I have to do it.

I am happy to have found out, from my class, exactly who is "Honey Boo."