#336 / Citizens And Consumers: Identify Yourself! 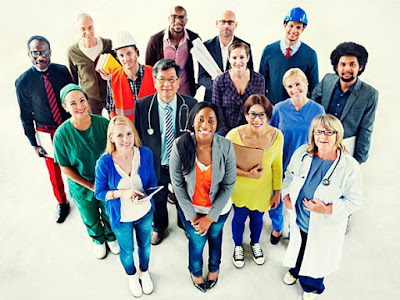 Not so long ago (it was on October 9, 2019, to be specific), I wrote a blog posting on the "Unit of Analysis." I didn't mention, although I could have, an October 2, 2019, article in The Wall Street Journal, "‘Big Bad Trusts’ Are a Progressive Myth."


The article to which I refer was authored by Phil Gramm, a former chairman of the Senate Banking Committee, and Jerry Ellig, a former chief economist at the Federal Communications Commission. Ellig is currently a research professor at the George Washington University Regulatory Studies Center. Both of these gentlemen, I think it is fair to say, are staunch supporters of the corporations that dominate our political and economic life. As they discuss their economic views, they do use an individualistic "unit of analysis," as would, of course, be natural.

What is that appropriate "unit of analysis," in the view of these promoters of plutocracy? It is the "consumer."

There are legitimate policy concerns involving Big Tech, such as claims of censorship. But history shows little evidence that breaking up big tech companies or regulating them as monopolies will benefit consumers. Before policy makers repeat the failed experiments of the past, they should determine whether trustbusting is really about protecting consumers or merely about expanding the power of government.

There is a big difference between being a "consumer" and being a "citizen."

In the United States, our system of government is premised on the idea that we are "citizens" first, and (perhaps) "consumers" in some secondary way. The category of "citizenship," while it recognizes the individual as primary, implicitly recognizes the fact that we are not just a collection of individuals, but that we are in this life together, as "citizens."

We "consume" alone. As "citizens," we jointly rule!

Let's not forget that, either!