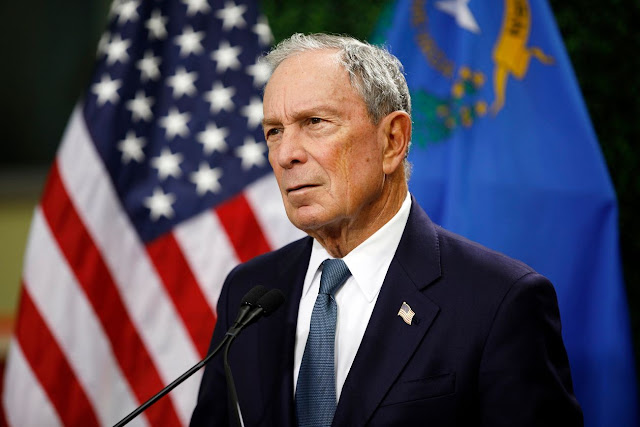 On Friday, we got the word that Billionaire Michael Bloomberg is "taking steps to enter the 2020 race for the Democratic presidential nomination." That is what we were told by The Wall Street Journal, in an article that appeared right on the front page of the paper.

Bloomberg, a former Republican (and a former Mayor of New York City), is apparently planning to take on another billionaire, Donald Trump (billionaire #1), who has recently shed his New York citizenship in order to avoid paying taxes. It appears that there are now THREE billionaires in the running (if Bloomberg follows through).

Donald Trump, our  incumbent president, is billionaire #1. Bloomberg (if he follows through) will be billionaire #3.

Let's not forget about billionaire #2. That would be high-tech billionaire Tom Steyer, a hedge fund manager who hates global warming (that's good!), and who hankers to be president in the very worst way. He has been leading the charge to impeach the president from almost the first day of Donald Trump's time in office, lending credence to those who claim that impeachment is just an effort by "sore loser" Democrats to replace the president without having to bother with another election. Steyer was also in the news on Friday. And what was that news? The news was that Steyer has credibly been reported as trying to "buy" political endorsements in Iowa. He denies this, of course.

My favorite for the presidency is the guy who keeps on telling us that the "billionaire class" has perverted American democracy, and that we need to reject the idea that we should be electing "successful" people to run our country. Naturally, "successful" in this context is equated to "rich." That also translates to "electable." Let's not forget, to pick the most prominent example of this thinking, that Joe Biden was Vice President, so he will be "electable" now, as he tries for the top spot. The pundits who have that view might take a brush up course on "The Peter Principle."

As frequent readers of this blog know, I'm with Bernie Sanders. We don't need any billionaire class, or any billionaire boys club, to be in charge. We can run this country just fine, all by ourselves! 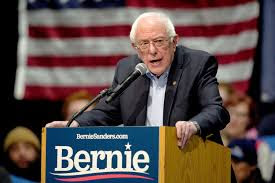