#312 / Thinking About The Anthropocene 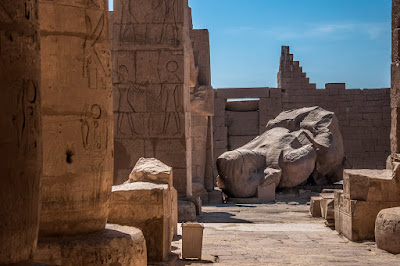 Peter Brannen is a science writer based in Boulder, Colorado. Writing in The Atlantic last August, Brannen derided the idea that human beings would ever have a geologic epoch named after them. Forget about the "Anthropocene," says Brannen. there is no "there" there!  Brannen titled his article in The Atlantic, "The Anthropocene Is a Joke."

Brannen argues that people like Elizabeth Kolbert, who has promoted the idea that human beings have brought on a new epoch in the history of the planet, are just proving how arrogant human beings can be:

For context [says Brannen], let’s compare the eventual geological legacy of humanity (somewhat unfairly) to that of the dinosaurs, whose reign spanned many epochs and lasted a functionally eternal 180 million years—36,000 times as long as recorded human history so far. But you would never know this near-endless age was so thoroughly dominated by the terrible reptiles by looking to the rock record of the entire eastern half of North America. Here, dinosaurs scarcely left behind a record at all. And not because they weren’t here the entire time—with millions of generations of untold dinosaurs living, hunting, mating, dying, foraging, migrating, evolving, and enduring throughout, up and down the continent, in great herds and in solitary ambushes. But the number of sites within that entire yawning span, and over these thousands of square miles, where they could have been preserved—or that weren’t destroyed by later erosion, or that happen to be exposed at the surface today—was vanishingly small.

Actually, Brannen does agree with Kolbert about one thing, Kolbert's book on the anthropocene is called The Sixth Extinction, and the point of her book is that human beings are directly responsible for the massive numbers of extinctions now occurring. This massive extinction event, and not any positive evidence of human civilization, is what will be found in the geologic record, if there are any beings, in the future, who care to study geology:

[Our] most enduring geological legacy ... will be the extinctions we cause. The first wave of human-driven extinctions, and the largest hit to terrestrial megafauna since the extinction of the dinosaurs, began tens of thousands of years ago, as people began to spread out into new continents and islands, wiping out everything we tend to think of as “Ice Age” fauna—mammoths, mastodons, giant wombats, giant ground sloths, giant armadillos, woolly rhinoceroses, giant beavers, etc. This early, staggered, human-driven extinction event is as reasonable a starting date as any for the Anthropocene and one that has, in fact, been proposed. However, a few thousand years—or even a few tens of thousands of years—will be virtually indistinguishable in the rocks a hundred million years hence. That is, it would not be obvious to the geologists of the far future that these prehistoric human-caused extinctions were not simultaneous with our own modern-day depredations on the environment. The clear-cutting of the rain forest to build roads and palm-oil plantations, the plowing of the seabed on a continental scale, the rapid changes to the ocean and atmosphere’s chemistry, and all the rest would appear simultaneous with the extinction of the woolly mammoth. To future geologists, the modern debate about whether the Anthropocene started 10 minutes ago or 10,000 years ago will be a bit like arguing with your spouse on your 50th wedding anniversary about which nanosecond you got married.

From the perspective of a geologist, I dare say Brannen is probably correct. As much as our human activities have hugely modified the planet, leaving evidences everywhere, the impacts of our human activities are likely to seem insignificant to any future geologists who might be around to evaluate them. In fact, our past presence on the planet may be hard to detect at all, presuming that there is actually anyone around to be looking for evidence of our time on Earth.

That's where I am more drawn to Kolbert than to Brannen.

Brannen is worried about rocks.

Kolbert, writing for living human beings, now, is worried about us!