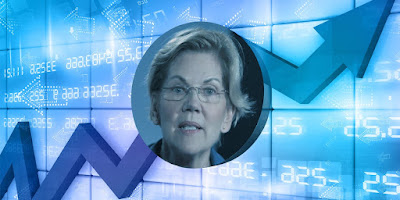 I recently found out that there is now a way to transform our national politics into an opportunity to make money by gambling. Or to lose money through gambling, if you really want to be honest about it.

Would you like to place a bet on what's going to happen in American politics? Click on the link to be transferred to PredictIt. An article by freelance writer Whitney Kimball, published in The Daily Dot, will give you some guidance before you put your money on the line.

I am not very much tempted by this invitation to turn our all-too-typical "horse race political commentary" into a chance to gamble (just like on the real horse races). First, I am just not the betting kind! Second, I have an objection based on my deep concern about the future of politics in the United States. This idea of turning politics into a betting game gives me the shivers.

I believe we create our human world, the world upon which we most immediately depend, through the political actions we take, individually and collectively. I never tire of telling my students that the "equation" I set out below is the political equivalent of E = MC2.

Instead of “betting” on Elizabeth Warren, or Bernie Sanders, or Cory Booker, or Joe Biden, or Kamala Harris, or Julian Castro, my advice is to do something about it! Take action to support the person you want to represent you.

If you care about self-government, you need to get involved, yourself, in the politics that will define our future. "Betting" on what is going to happen to us is the antithesis of trying to make things happen the way we want.