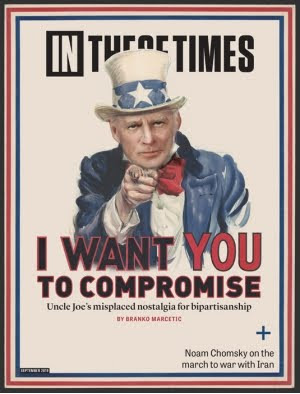 I was an elected official for twenty years. Not in Congress, admittedly. Not in the State Legislature. I  was a member of the Santa Cruz County Board of Supervisors, from 1975 to 1995. As a County Supervisor, I was one of five persons who were elected, from different districts, to run Santa Cruz County.

Many of the issues faced by the Board, during the time I served as an elected official, were extremely controversial. Specifically, our Board was required to address growth and land use issues upon which the community was very significantly divided. I happened to represent a district in which the majority of the voters clearly wanted to slow down or even terminate the runaway growth that was affecting Santa Cruz County. That majority also wanted to preserve and provide permanent protection to agricultural and open space lands. The majority in favor of doing these things was not a large majority. I was on the "anti-growth" and "pro-conservation" side of the public debate, and while I won election five different times, I think I never got more than about 55% of the vote.

I think it is fair to say that many people regarded me as "uncompromising." That was a "negative," in their view, and not a positive characterization. I was continually tempted, during my entire time on the Board, to "compromise" just a little bit, and to try to make more people happy. This idea was presented to me in pretty much the way that the Uncle Sam / Joe Biden figure above is making a pitch for compromise to the nation today. Compromise, as some see it, is a positive good. That is what Joe is telling us. The public interest wants YOU to compromise. Nobody gets everything they want, and everyone gets something!

I pretty much resisted this temptation. I did everything I could to win a vote for the policies I thought were the ones desired by the majority of the voters I represented, and policies that would be effective in achieving the objectives they desired. If I could get three votes for those policies, then I was almost totally unwilling to "compromise" those policies, in order to go from three votes to four, or from four votes to five.

To give a specific example, I could get three votes for language that said that agricultural land "shall" be preserved for agricultural use. Period. No exceptions. I refused to provide any escape hatch language, saying things like "agricultural land shall be preserved for agricultural use, unless a finding is made that the public interest is best served by a conversion of such lands to more productive uses." I got lots of invitations to vote for language like that. If I had three votes for my language, I always refused. You can see how I got that "uncompromising" reputation.

I would like to outline my thinking on "compromise," since I do think that compromise can sometimes be a sign of political good health. Sometimes! But not as a goal!

Our system of democratic self-government is a system that recognizes that there are lots of different ideas about what we should do. Should we tax the wealthy more, or not? Should we go to war in Iran, or not? Should we reconfigure our national health care system, or not? Should we impose rent control, or not? There are different views on these questions, and also different interests. So, how do we decide? Politics is how we decide, and in politics, the majority is supposed to rule.

My idea, then, has always been that any elected official should work to achieve what the majority of that official's constituents think should be done. In my case, the majority of my constitutents wanted slow growth and strong policies to protect agricultural and open space lands. A significant minority didn't agree. My idea was to represent the majority. As long as I could get three votes for strong policies to achieve the objectives that the majority wanted, I thought it was my obligation to use those votes to enact laws that would put such policies in place. I well knew, and the voters well knew, that my ability to advocate for, and vote for, policies that I supported could be terminated by having someone run against me and beat me in the next election. I took that for granted. That is how the system works.

I thought that working to enact strong slow-growth and environmental protection policies was what a majority of my constituents wanted, and I could have been wrong. As it turned out, I was right. About 55% of the voters in the Third Supervisorial District wanted the kind of policies that I helped get adopted. I would have been betraying that majority if I had settled for less than what they wanted, in the hopes that by doing that I might make myself more popular. Many politicians take a different approach, which means that they often try to make sure that the government doesn't actually do anything significant at all, since if a politician votes to have the government do something significant someone is going to be mad at them.

Of course, I didn't always get those three votes on the Board. The "goal" was always to get those votes, and to have the government do what the majority of my constituents wanted. But when I couldn't do that, when I couldn't get a majority on the Board to support the policies that I thought were right, then "compromise," getting the "best deal" available, made a lot of sense. I was not, actually, "uncompromising," but I only compromised when I didn't have the votes.

That's my rule on compromise. Do what you think is right, if you can get the votes, and if you can't, then do the best you can!

Because people have different views, and different interests, compromise is sometimes inevitable and is a practical necessity. It is inherent, in fact, in the political process, and if we can't compromise, we have a big problem. We absolutely need to be able to compromise, but compromise is not the "goal."

Unfortunately, our national politics has degenerated into a winner-take-all approach in which compromise is rejected. That is as bad as compromising the right decision when you don't have to.

Let's remember that we have two political parties for a reason. There are almost always good arguments for both sides of any policy disagreement. Politics is how we decide what to do, in view of those different ideas.

Compromise? Sure. Sometimes! But never as the goal!