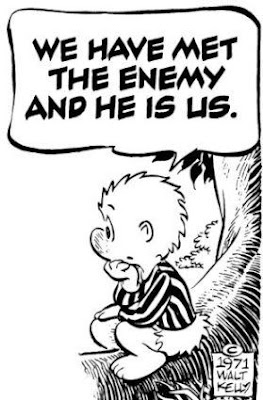 A while back, I wrote in this blog about two hundred dead reindeer. The reindeer had died from starvation, and their story was covered in The New York Times. One reason to care about this, I said, was that "we could all be next! The food supply of millions of human beings is vulnerable to shifts in climatic conditions."

Yesterday, The New York Times carried a front-page article that validated this observation. If you click the link (and can escape The Times' paywall) you can read the article for yourself. The hard copy version that I read yesterday was headlined as follows: "The Food Supply Is At Dire Risk, U.N. Experts say."

Unless we want to tell ourselves "so it goes" a few million times, using Kurt Vonnegut's famous phrase that memorializes each death he chronicles, we had better start paying attention to what human beings are doing to the planet. We had better start changing our ways! First the dead reindeer. Then us! 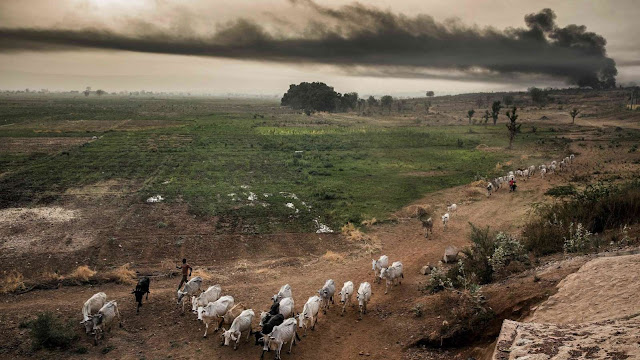 There are environmental warriors who are trying to fight back against the damage that human beings are doing to the World of Nature that sustains all life. Large corporations, and particularly the oil companies, are sacrificing the ability of the natural world to continue to sustain not only human life, but any life. Remember, the reindeer go first. Then us!

The Times' editorial yesterday spoke to this issue, as the Editorial Board decried the murder of those environmental activists, around the world, who are trying to fight back against the corporations that are helping to push us all towards the fate of the dead reindeer:

In 2018, 164 defenders of the land and environment were killed, with the Philippines of the brutal President Rodrigo Duterte taking over from Brazil as the deadliest place to resist rapacious developers and governments. That was less than the 201 killed in the previous year, but it was hardly an improvement.

Global Witness noted that the actual figure is probably far higher because reporting is iffy in the most vulnerable parts of the world. Governments and industries are also learning that there are other, nonlethal means of intimidating or eliminating activists who resist them. In addition to the violence of private security agents, state forces or contract killers, activists now also confront teams of aggressive lawyers.

Using, or misusing, laws and the courts, governments and industries, intent on driving indigenous people or activists away, criminalize resistance or proclaim them to be “terrorists,” choking off their funding and tying them up in costly legal battles. The United Nations special rapporteur on the rights of indigenous people, Victoria Tauli-Corpuz, was among 600 people the government of her home country, the Philippines, labeled terrorists.

Human Rights Watch called the action “a virtual government hit list” and noted that state security forces and pro-government militias in the Philippines had a long history of murdering people labeled terrorists or Communists.

I assume that most of us know the famous Pogo cartoon at the top of this blog posting. Walt Kelly got it right! "We have met the enemy and he is us."

Here is another Walt Kelly saying, one cited in The New York Times' editorial. It is one I didn't know, and I think Walt Kelly has got it right again. Assuming that the corporations and their political defenders are the "tiger" (which is what I think) Kelly tells us:

When you starve with a tiger, the tiger starves last.