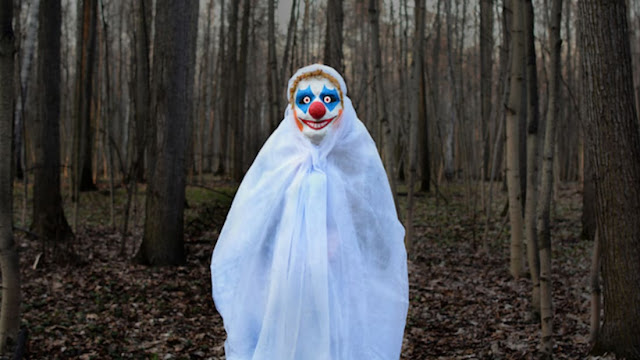 In an article published in October, 2016, Psychology Today explored the "Creepy Clown" phenomenon, and said that there had been sightings in at least thirty-three states. These "Creepy Clowns" were terrorizing the nation, at least according to Psychology Today, which linked to an article claiming that "phantom clowns" had started appearing in the United States in 1981.

Why were people so afraid of "Creepy Clowns," particularly because they may well have been "phantoms," and weren't even real? To quote Psychology Today, "these fiendish clowns have reportedly tried to lure women and children into the woods, chased people with knives and machetes, and yelled at people from cars. They’ve been spotted hanging out in cemeteries and on the side of desolate country roads in the dead of night."

Well, that is pretty "creepy!"

Even though the "Creepy Clowns" terrorizing America might have been "phantoms," the belief in "Creepy Clowns," and in their actual presence in our world, was definitely a real thing, as the quote from Psychology Today indicates. I remember reading stories about "Creepy Clowns," which treated them as though they were real, though I never saw a "Creepy Clown" myself.

Time has passed. This is 2019, and I can't remember hearing about any recent "Creepy Clown" sightings.

Here is a picture that was included in a very recent collection of "Photos of the Week," published by The Atlantic Photo on July 19th: 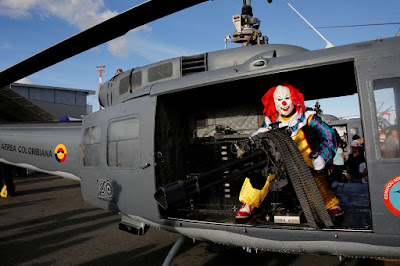 This "Creepy Clown" is definitely real. So is that machine gun.

The helicopter, which could well have been manufactured in the United States, is part of the Columbian air force, but figuring out effective ways to kill people from the air is a specialty of the United States' military. Here is another version, our much-proclaimed "Predator Drone." 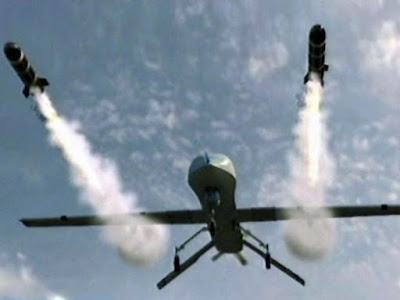 These killing machines are worse than "creepy," and they are definitely real. Whether they fire bullets or missles, these airborne weapon systems don't clown around. They kill people. There is nothing even remotely amusing about these weapons and our use of them.

It seems very appropriate to show one of these weapons being operated by a "Creepy Clown." "Terrorizing" people is what they are all about!