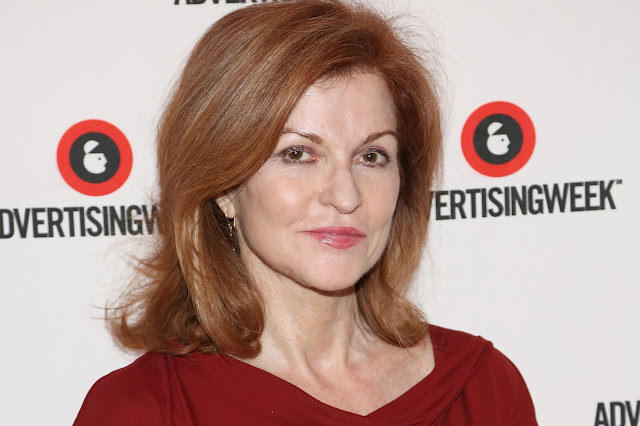 According to an article in Vox, President Obama "really, really, really" hated New York Times columnist Maureen Dowd, who is pictured above. What was Obama's beef with Dowd? That her political commentaries were focused on personality, not policy.

Based on Dowd's column in the July 14, 2019, edition of The Times, I bet that Alexandria Ocasio-Cortez may not be that happy with Dowd either. Dowd's column was headlined, "Scaling Wokeback Mountain." As Dowd begins the column, she describes her recent visit to the gym, where her workout on a spin bike exposed her to the thoughts of a video peleton instructor:

You are correct if you surmise that Dowd is suggesting in her column that Ocasio-Cortez has climbed the mountain of political success for exactly the wrong reason.

On the other hand, I think we need to show a little forgiveness to Pelosi, too. Many people, including Sanders, didn't really like the way that Pelosi struck back at Ocasio-Cortez. If you can get through the paywall, to read Dowd's column, see if you don't agree with her. Dowd is advising the Democrats, from Bernie Sanders' revolutionaries to the backers of Joe Biden, that the leaders of the Democratic Party, from all of the various perspectives, need to be able to forgive each other, and to work together. If they can't - if they don't - we all know what will happen!

That's not a pretty thought!!