#191 / Food Apartheid: We Must Free Ourselves 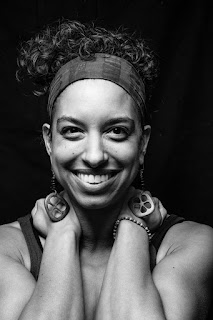 I am pretty much convinced that The Sun magazine is one of the best magazines in America. You can make up your own mind by browsing it online (just click that link, above).

I am kind of a print guy, myself, so I look forward to the print edition of The Sun, which shows up in my mailbox once a month. The July 29, 2019 edition of The Sun has an article titled, "To Free Ourselves, We Must Feed Ourselves," which is the transcript of an interview between Tracy Frisch and Leah Penniman, who is pictured to the right.

I commend this article to you in its entirety, but let me provide a few excerpts for the article. The last excerpt, I think, pretty much sums it all up.

Our White Western society has a lot to learn:

Frisch: You say that racism and injustice pervade the food system. How?

Penniman: They are built into the DNA of the food system. The system is not broken; it’s working as it was designed to, concentrating wealth and power into the hands of the few at the expense of the many.

The current food system was built on the labor of 12.5 million skilled African farmers who were taken by force from their homeland. Europeans did not know tropical and subtropical agriculture, so they kidnapped experts to build the sugar, cotton, and tobacco plantations of the Caribbean and the U.S. South. That forced labor, performed on stolen land, became the basis for the wealth of this nation.

In the early 1900s the Great Migration began. Black people were leaving the South in large numbers, but they weren’t seeking economic opportunity, as we’re often told. They were fleeing racial terrorism.

Today we have food apartheid, a system of segregation that relegates certain people to food abundance and others to food scarcity. If you’re a black child in America, you are twice as likely to go to bed hungry tonight as a white child. Diet-related illnesses like diabetes, heart disease, and obesity disproportionately afflict black and indigenous people. And land ownership is over 98 percent white. So racism is embedded in the food system

In traditional African cosmology, there’s an understanding that the earth has wisdom to share with us. Not only that, the ancestors are transmitting messages to us through our contact with the earth.

Carbon dioxide is the most significant greenhouse gas due to its quantity. It doesn’t have as much heat-trapping capacity as methane and nitrous oxide, but there’s so much more of it. And soil is a huge carbon reservoir. Organic matter in the soil is very rich in carbon. When you destroy that organic matter through farming practices, you release carbon dioxide into the atmosphere. But when you increase organic matter in the soil, you sequester carbon. We’re trying to create a bank of stable carbon in our soil.

Frisch: At Soul Fire Farm you embrace several forms of cooperative social organization that originated either in Africa or among people of African descent. How have you adapted them?

Penniman: At the center of African cosmology there’s a “we,” not an “I.” Individualism is a Western worldview. We’re looking to revive our communal nature. 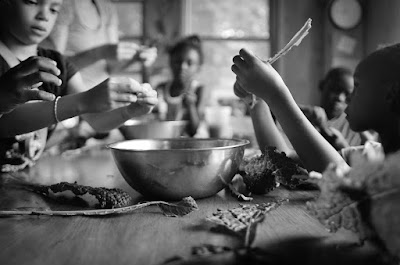