#181 / Good Faith And The Fourth Amendment 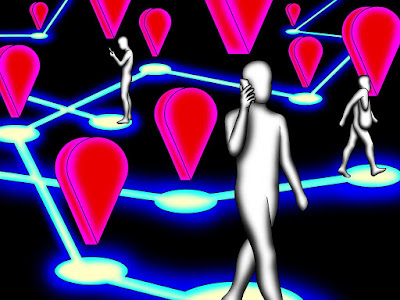 Timothy Carpenter robbed a lot of banks, but no one in any of the banks he robbed could ever identify him. Those who saw him just knew Carpenter as "some guy" who was involved in the robberies. In view of that, how did the authorities know Carpenter was involved, and ultimately pin the crimes on him?

Well, and there is a lesson here for all of us in Carpenter's story, Carpenter had a cellphone (maybe you have one, too). As you may or may not realize, cellphones work by maintaining frequent and automatic contact with cellphone towers, and the phone companies that provide cellphone service maintain a record of the contacts that every cellphone has with every cellphone tower with which it is ever in communication. Thus, any individual who uses a cellphone (including you and me), and who carries it around, is providing his or her cellphone company with a complete and documented map of where the cellphone user has been, and at what times. This map is pretty accurate, too, and this is the information that allowed law enforcement officers to pin the bank robberies on Carpenter. When the banks were being robbed, Carpenter's cellphone records proved he was in the immediately vicinity. It couldn't have been a coincidence, either, since there were LOTS of banks in what was an ongoing robbery spree, and Carpenter was there in every case!

Here is where the Fourth Amendment to the United States Constitution comes into the story. As you may remember, the Fourth Amendment protects us from "unreasonable searches and seizures." Generally speaking, if law enforcement wants to use evidence in a criminal prosecution, that evidence must have been obtained after an impartial magistrate has issued a search warrant, based upon probable cause. In Carpenter's case, there was obviously no probable cause to arrest him until AFTER law enforcement officials reviewed his cellphone itinerary, and law enforcement didn't get any search warrant to obtain those cellphone records; they just asked the phone company, which turned over the records to them.

Carpenter sought to exclude the evidence obtained from the cellphone companies on the basis that asking the phone companies for this data, without a warrant based on probable cause, was an "unreasonable search and seizure." When evidence has been obtained without a warrant, and is based on an unreasonable search and seizure, the courts will exclude the evidence. In a 5-4 decision, the Supreme Court decided that that the cellphone record evidence should be excluded. So, case over! At leasrt, that is what I thought when I read the Carpenter decision, which was handed down by the Supreme Court in June 2018.

A recent New York Times opinion editorial has provided an update, reporting that a Federal Circuit Court recently decided that the cellphone evidence can be used against Carpenter, after all, despite the 2018 Supreme Court ruling, because law enforcement officers were acting in "good faith" when they obtained the cellphone evidence from the phone company. In other words, until the Supreme Court ruled, law enforcement officers had every reason to think it was just fine to ask the phone companies, as "third parties," to provide the evidence that could be used against Carpenter. Implicitly, the court ruled that the Supreme Court's decision was prospective only.

The so-called "good faith" exception to the exclusionary rule has been expanding. More and more, the courts are deciding that illegally-obtained evidence can, in fact, be used against accused persons, because the law enforcement officers didn't really know that they were obtaining evidence illegally. If law enforcement acts in "good faith," the failure to follow constitutional requirements isn't a bar to using the evidence.

Frankly, I don't find that "good faith" exception to show much "good faith" to citizens, who shouldn't be incarcerated for life (Carpenter's fate, apparently) when the evidence used to convict then has been obtained contrary to the protections provided by the Fourth Amendment.