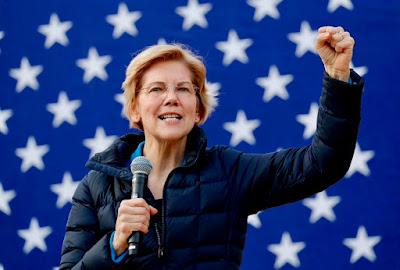 One might think that a publication supporting progressive policies would be delighted that a presidential candidate is demanding that the United States military start taking action to help reduce the greenhouse gas emissions that are putting all life on the planet in harm's way. That includes human life, too, just in case that might have escaped your notice.

I do think that the United States acts with an imperialistic hubris that assumes that the United States should be the last arbiter of what happens on Planet Earth. I would like to hope that the next President of the United States might start redirecting current military efforts into more positive channels. Our country should start taking steps to eliminate expenditures on military activities aimed at destroying things, and redirect such expenditures into activities that would have a positive impact on the natural environment and on human beings. Current spending patterns are aimed at this: 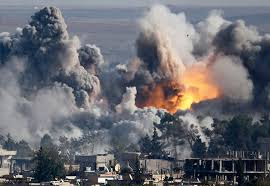 Spending billions to develop (and then use) weapons to kill and destroy is not what our country should be doing. I totally agree with Truthdig on that point.

BUT.... all of our national activities, whatever they are, should also be aimed at eliminating, or reducing to the greatest degree possible, contributions to the greenhouse gas emissions that have led to the global warming that imperils our future, and the future of all living things.

I am happy that Elizabeth Warren is making clear that she wants to do more than "say" the right things, and that she has some ideas about how to make concrete and specific changes that might actually reduce our greenhouse gas and global warming footprint.